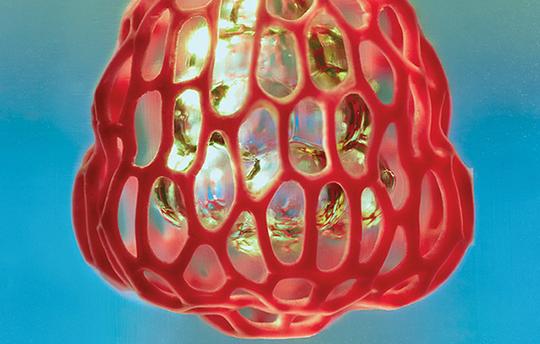 Several UW Medicine researchers and a former postdoctoral fellow were among those contributing to scientific highlights of 2019 mentioned by major journals and news media:

STAT’s Most Widely Read First Opinions:  A piece explaining time in range for assessing blood sugar levels, via a continuous glucose monitor, and its usefulness in determining if a patient’s diabetes is being optimally controlled,  was the second-most widely read STAT First Opinions. It was one of more than 500 short essay published this year in STAT.  The national news organization from the Boston Globe Media scrutinizes medical advances and life sciences discoveries.  UW Medicine physician Lorena Alarcon-Casas Wright. From the UW Medicine Diabetes Institute and the Division of Metabolism, Endocrinology and Metabolism in the Department of Medicine authored the commentary.

She pointed out that finger sticks give only a few snapshots of blood sugar levels over the day, and the hemoglobin A1c lab test estimates the average blood sugar level over the past three months.  She believes that calculating time in range – periods when blood sugar levels are neither too high nor too low – will become a standard of care for patients on intensive insulin regimens.  The sensor is inserted just below the skin and painlessly monitors glucose levels. It sends a reading every few minutes to a receiver to offer a nuanced view of blood sugar levels around the clock.  Patients can make corrections in their foods, insulin and activity levels when they find themselves out of range.

Science’s  2019 Breakthroughs: Science magazine’s runner-ups to its Breakthrough of the Year  (which was the first-ever image of a black hole)  included genetic and protein studies of Denisovan facial anatomy, and the approval of a triple-drug treatment for most  forms of cystic fibrosis.  The breakthrough and runner-up were chosen by editors and reporters at Science.

In Science’s  People’s Choice for Breakthrough of the Year, Denisovan facial research was by far the winner, attaining 49% of reader’s votes.  The archeological editor of the Times of Israel also named it among the top 10 archeological news stories this year from the Holy Land.

One of two  papers from 2019 that lifted the veil on Denisovans and cited by Science was Reconstructing Denisovan Anatomy using DNA Methylation Maps, appearing in Cell Sept. 19, 2019.  Researchers from the Hebrew University of Jerusalem led the study,  in collaboration with scientists from  several genomic, evolutionary biology and paleontological institutes in Barcelona, Spain.

Among them was Tomas Marques-Bonet, of the Faculty of Biology at the University of Barcelona. He also directs the Institute for Evolutionary Biology.  Marques-Bonet pursued his interest in comparative genomics and primate evolution while a postdoctoral fellow from 2007 to 2010 in Evan Eichler’s lab in the Department of Genome Sciences, UW School of Medicine.

Another 2018 milestone mentioned in the Science list was approval of the triple-drug treatment called Trikafta, which could help better manage the effects of the mutation behind more than 90% of cystic fibrosis patients, a condition that leads to build up of mucous in the lungs and subsequent respiratory infections.  The three-drug mix from Vertex Pharmaceuticals  targets different defects in the CFTR protein to help it reach the cell surface and open its gates to let chloride pass through.  The treatment  is approved for patients age 12 and up.

Pediatrician Bonnie W. Ramsey, professor of pediatrics at the UW School of Medicine and a scientist at the Seattle Children’s Research Center was one of the contributors to two 2019 papers referenced by Science.  One of the international studies, Efficacy and Safety of the Elexacaftor plus Tezacaftor plus Ivacaftor Combination Regimen in People with Cystic Fibrosis Homozygous for the F508del Mutation: A Double-blind, Randomized, Phase 3 Trial was published in The Lancet Nov. 23.  The other, Elexacaftor-Tezacaftor-Ivacaftor for Cystic Fibrosis with a Single Phe508del allele appeared in the Nov. 7 New England Journal of Medicine.   Moira Aitken, director of the Adult Cystic Fibrosis Clinic at UW Medical Center and a UW professor of medicine and UW Medicine pulmonologist, was part of the VX17-445-102 study group for  the NEJM report.

Digital Journal’s Esssential Science:  The ways that citizen scientists are using video games to assist with the design of proteins never before seen in nature made the Digital Journal’s top science stories of 2019.  Gamers playing the interactive online application Foldit are helping researchers at the UW Medicine Institute for Protein Design in efforts to create new vaccines and cancer therapies.  The news stories stemmed from a research published  June 5 in the journal Nature:  De Novo Protein Design by Citizen Scientists.

Science’s Stunning Images of 2019:  A 3D printed lung-like air sac cover image on the  May 3 Science from a research article with senior authors Jordan Miller of Rice University’s Department of Bioengineering and Kelly Stevens of the Department of Pathology at the UW School of Medicine and the Department of Bioengineering, a joint medical school and engineering college department, was named one of the most stunning scientific images of 2019.  The researchers were able to ventilate the air sacs to mimic breathing and to oxygenate and flow red blood cells.  Their report, Multivascular  Networks and Functional Intravascular Topologies within Biocompatible Hydrogels appeared in the May 3 edition of Science.  Artists and computer programmers Jessica Rosenkrantz and Jesse Louis-Rosenberg collaborated with the scientists on the design. Stevens is an investigator at the UW Medicine Institute for Stem Cell and Regenerative Medicine.