When did scald burns become a prank?

When did scald burns become a prank? 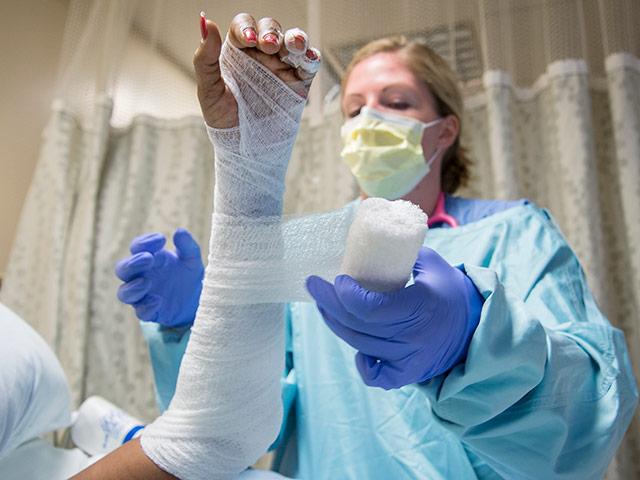 “It’s a really bad idea. People should know that hot water will burn you,” said Mandell, a UW Medicine surgeon and specialist in trauma, critical care and burns at Harborview Medical Center.

Recent news reports have shed light on what perpetrators characterize as a “prank” or a dare – throwing hot water on unsuspecting friends or daring someone to drink it through a straw. The victims, seriously scalded, are landing in hospital burn units.

“Water boils at 212 degrees Fahrenheit, which I think is a lot hotter than most people think. By comparison, you would perceive a 115-degree shower as very hot,” Mandell said. “But water doesn’t have to boil to burn you. For something like a splash, where 150-degree water lands on you, you can get a second- or third-degree burn in just a couple of seconds. If, as a prank, you throw water of that temperature on someone who’s asleep, they cannot react fast enough to avoid a burn.”

Scald burns depend on the temperature of the liquid, how long the liquid is in contact with skin, and the skin’s thickness.

People don’t realize the potential for scald burns from something like coffee, at 180 degrees out of a machine. It’s OK for adults to sip because your mouth has a natural radiator that carries away heat, Mandell said, but if you spill that coffee on your leg, it burns. And a toddler who pulls that same cup of coffee onto their much thinner skin will burn faster.

Partial thickness burns can heal on their own, likely with a scar. Some injuries can require surgery to replace skin.

If someone is scalded near you, and the burn area is small, like a hand, cool the burn with cool – but not cold – water for a few minutes. If hot liquid soaks clothing, remove the clothing quickly and carefully. Get the person to an Emergency Department as soon as possible.