Researchers will explore the ability of Black and Latinx patients to get the less-stigmatized treatment drug, buprenorphine. 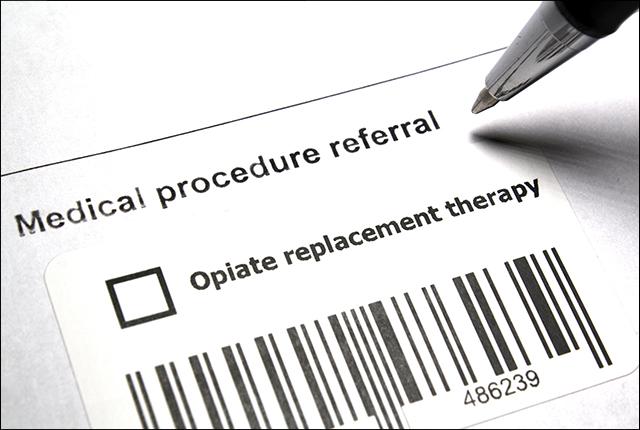 Getty Images
Buprenorphine is a highly effective treatment for opioid use disorder.

Opioid use disorder is an addiction crisis in the United States that has become increasingly lethal during the COVID-19 pandemic. To preserve access to life-saving treatment during the pandemic, federal drug agencies loosened requirements on physicians for treating these patients, including moving patient evaluations away from in-person exams to telemedicine.

This federal policy change focused primarily on buprenorphine, a highly effective treatment for opioid use disorder and one that is much less onerous and stigmatizing than methadone, the other most common but heavily monitored treatment.

With a $2.5 million National Institutes of Health grant, researchers at the University of Washington will explore one of the most important questions related to this emergency policy change: whether those changes helped with another opioid-related crisis — the unequal access experienced by Black and Latinx patients to buprenorphine.

“There are a lot of clinical champions these days who think buprenorphine should be offered routinely in primary care to people who have opioid use disorder, and this policy change helps that,” said Emily Williams, professor of health systems and population health in UW School of Public Health. “However, we’ve seen systematically that Black and Latinx patients were much less likely to get the less-stigmatized buprenorphine than white patients.”

Williams and co-principal investigator Jessica Chen, assistant professor of psychiatry and behavioral sciences at the UW School of Medicine, want to find out if this inequity remained, improved or potentially got worse under the new policies since telemedicine itself can be a barrier to access. The researchers, who also have appointments at the Denver-Seattle Center of Innovation for Veteran-Centered Value-Driven Care, will use national data from U.S. Veterans Affairs to explore this question.

“I work primarily in a chronic pain clinic. We’ve known for a long time that pain is undertreated among certain racial minority populations. That’s really clear,” said Chen. “And what is becoming increasingly obvious to us as a country is that opioid use disorder is a huge epidemic, and what I am seeing is that the life-saving treatments we have for opioid use disorder are also being under-received by patients of color and other minoritized groups.”

To understand how and why these disparities exist, the researchers will undertake a unique study effort to use critical race theory and its related public health praxis developed by Chandra Ford, UCLA, and Collins Airhihenbuwa, Georgia State University, to “examine the structural mechanisms of disparities” in treating opioid use disorder, the researchers stated in their grant application.

The researchers plan to conduct phone interviews with Black and Latinx patients for this part of the study. They intend to look beyond the health care system and into patients’ communities to learn more about the policies society has enacted that affect them. For example, the war on drugs is a policy initiated by President Nixon in 1971 that has differentially impacted minoritized communities, including in ways that serve as barriers to adequate substance use treatment.

“One of the key variables we are looking at is differential police presence in communities as one of the things that might modify community members’ ability to access buprenorphine versus methadone,” said Chen. “The more that any specific behavior is criminalized, the more that we expect that people will go through the court system and a treatment pathway that involves a lot of monitoring, as methadone does. Then of course that treatment itself becomes more disruptive of the person’s life, which then has impacts for family, as well as economic and occupational opportunities.”

The researchers hope their findings will show who benefited from easier access to buprenorphine and whether those temporary policy changes to access should be made permanent. They also hope to encourage the larger health care system to review and change the social policies that have such a big impact on individual outcomes.

“There are just so many horrible and sad ways that our society is structured to limit access to resources for some groups and to privilege others,” Williams said, “And the way that trickles into health care and in particular care for stigmatized conditions like opioid use disorder is, for me, heartbreaking.”