Investigators are dejected that the large study did not support treating this patient population with a familiar, inexpensive drug. 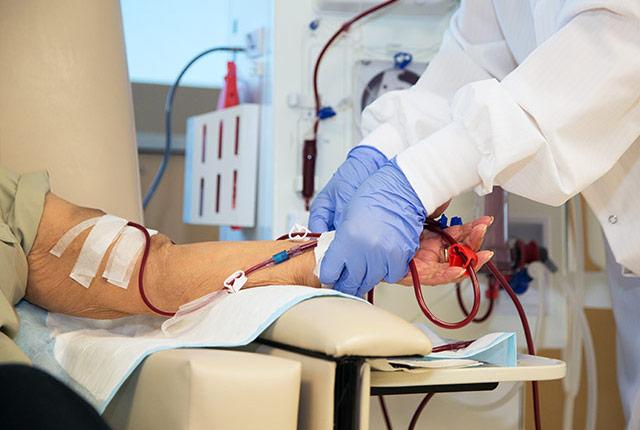 Researchers are expressing disappointment at their just-published finding that the drug allopurinol, used for decades to reduce uric acid in people with gout, does not slow type 1 diabetes from developing into kidney disease.

“There were quite a bit of data from animal and human tests suggesting that if you can lower uric acid levels, you can slow or even stop the progression of diabetic kidney disease,” said Dr. Irl Hirsch, a UW Medicine diabetes expert and collaborator on the study. “In the study, the drug did lower uric acid, but as best as we can tell, it did not affect kidney function over time. All of the investigators are disappointed.”

The finding from the Preventing Early Renal Loss in Diabetes (PERL) trial was published in the New England Journal of Medicine. It involved researchers across the United States and Canada, including Drs. Katherine Tuttle, Ian De Boer, and Hirsch at the University of Washington School of Medicine.

The PERL trial grew out of several studies that followed a cohort of people with type 1 diabetes. One of those studies found that people with higher levels of uric acid in their blood were more likely to display a high rate of kidney function loss.

Investigators hypothesized that reducing uric acid would lower the rate of patients with type 1 diabetes who develop kidney disease.  Historically, that rate is about 30-40% – although better blood-sugar controls and hypertension drugs have improved on that.

Nevertheless kidney disease is a serious, hard-to-manage condition that often progresses to kidney failure, at which point a person must have hemodialysis or a kidney transplant to survive.

Allopurinol is a safe, inexpensive drug that has lowered people’s uric-acid levels since the 1960s.

“This drug was so exciting to me because it’s cheap and has been around for decades,” Hirsch said. “To have a drug like that have an impact seemed too good to be true, and I guess it was.”