New approaches will examine mechanical factors that could be interfering with liver’s usual ability to regenerate itself. 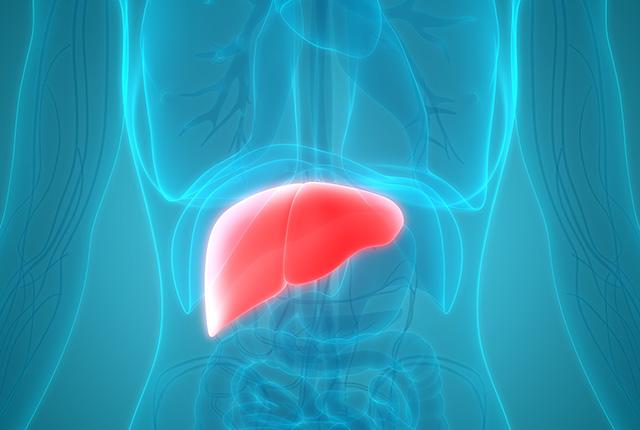 Getty Images
A healthy human liver performs a multitude of critical tasks and can regenerate.

Unlike healthy livers, those damaged by disorders like cirrhosis have difficulty repairing themselves. The regenerative capacity of healthy livers is why a living-donor surgical transplant of a section from this organ is possible. While the recipient recovers liver functions, the donor’s remaining liver starts to rebuild and restore its mass. The liver is the only visceral organ that can do such reconstruction.

Why scarring from disease or toxins diminishes the amazing ability of a living liver to regenerate is a difficult question. The liver is one of the most complex organs in the body and performs a multitude of vital roles. This complexity is a stumbling block for researchers studying problems in liver regeneration, as well as for those hoping to engineer artificial livers.

A new approach to try to understand what interfers with liver regeneration is underway in the laboratory of Kelly Stevens, assistant professor of bioengineering and of laboratory medicine and pathology.

She is also a researcher at the UW Medicine Institute for Stem Cell and Regenerative Medicine.

Most efforts to explore liver regeneration (or lack thereof) have looked at biochemical and genetic factors, Stevens explained, because scientific tools for these studies are easily available.

Instead, Stevens will take on the challenge of developing new methods to examine other factors. She wants to examine the fundamental role of mechanical forces in shaping or hindering the re-formation of livers.

“Mechanobiology has been a major missing piece in liver regeneration research,” she said.

Increasingly, Stevens pointed out, scientists are finding, in other areas of study, that the mechanical properties of the environment where cells live can have profound effects on their behaviors, motility, lineage pathways, proliferation and functions.

Stevens proposed that the stiffness of a cirrhotic liver might have a mechanical influence on hepatic cell destinies.

“When chronically injured livers become cirrhotic and stiffened, liver regeneration fails,” she noted, “yet cirrhotic or stiffened livers frequently progress to cancer. This paradox suggests stiffer environments may stimulate proliferation of cells in some situations.

The Steven’s lab is taking a new angle to a so far intractable challenge.  Her lab has developed a model of human liver regeneration. In it, artificial liver seed, produced by 3D printing, are grafted into mice who have liver disease.  These seeds expand and enable the creation of designer human liver tissues.  Varying degrees of mechanical stiffness can be tested.

These models become part of a system to investigate the effects of mechanical cues on human liver cells representing different disease states.  The cell populations and their surrounding environment can be disrupted to evaluate the effects on growth.

A drawback of the original testing system is that only one tissue could be implanted. A newer method allows the scientists to simultaneously probe the effects of hundreds of different mechanical microenvironments on human liver regeneration.

Stevens and her team hypothesize that liver cirrhosis prohibits regeneration either because the physical constraints of the stiffened liver don’t allow for liver cells to expand their numbers, or because the liver cells have somehow reached their limits to proliferate. The researchers plan to establish a biobank of human liver cell samples representing a spectrum of disease states, and a portfolio of materials representing a range of mechanical stiffness, from normal liver to cirrhosis.

The researchers hope their latest studies will demystify the mechanisms of liver regeneration.  In addition to identifying how environmental mechanical factors interact with cellular disease to interfere with liver regeneration, they also would like to discover other useful findings.  For example, what they learn might advance the engineering of artificial tissues as a potential therapy for liver failure.  It perhaps might lead as well to ways to boost the regenerative potential of the damaged liver itself.

The scientists would like to see the technological innovations from this study have wider uses in biomedical science. These might include such areas as heart regenerative research or studies of cancer growth.

Their three-year project has received a $1 million award from the W. M. Keck Foundation, which was established in 1954 in Los Angeles by William Myron Keck, founder of The Superior Oil Company.  One of the nation’s largest philanthropic organizations, the W. M. Keck Foundation supports outstanding science, engineering and medical research.  The Foundation also supports undergraduate education and maintains a program within Southern California to support arts and culture, education, health and community service projects.