Some youth sports resume this season, but not all

Some youth sports resume this season, but not all 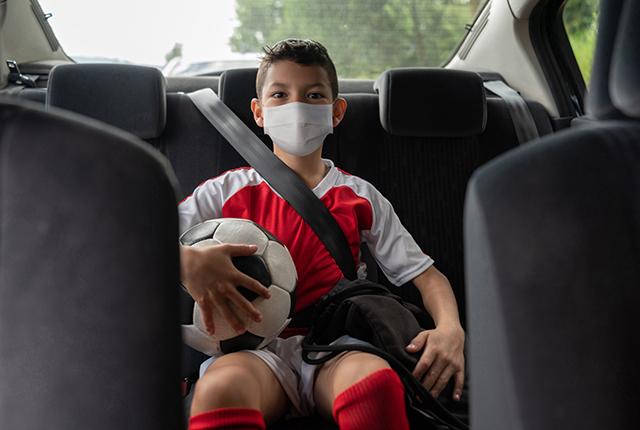 Getty Images
New protocols for youth sports mean that activities such as soccer may occur this fall, with restrictions.

Updated coronavirus guidelines issued by Gov. Jay Inslee's office eased restrictions on youth sports. That doesn't mean, however, that youth football or soccer practices or games will resume this week or next.

It depends on where you live, and on the new coronavirus case averages (per 100,000 people over a two-week span), as well as your county's average infection rate, noted Dr. Jonathan Drezner, a UW Medicine sports medicine physician. He also is a professor of family medicine at the University of Washington School of Medicine, and is a Seattle Seahawks team physician.

According to the most recent protocols, some low-risk sports such a cross-country running, tennis, swimming, and track and field could resume immediately in most of the counties in the state.

Sports such as soccer, lacrosse, and crew, are considered moderate risks. High-risk sports are football, basketball, wrestling, and rugby. Allowable games and practice protocols depend on the infection rate and the new case rate of each county, as well as whether a sport is considered low, moderate or high risk.

“The guiding principal for me is, you don’t want sports to be a mechanism for people to get infected,” Drezner said.

Drezner said that soccer, for example, is less likely to spread the coronavirus since bodily contact is brief, such as with slide tackles and shoulder-to-shoulder contact, and it’s an outdoor sport. Disease would seem to have a higher chance of spreading in football and basketball, in which players are face to face throughout the game, he noted.

Apart from whether a sport is considered low, moderate, or high risk, team coaches will need to enforce general guidelines such as mask-wearing and safe distancing among players on sidelines, and only one parent per child allowed at the event.  Parents, students, and coaches should be aware of these safety protocols, which Drezner outlined in August.

Then there are the metrics for the counties that must be considered. In King County, for instance, the average rolling rate is now in the 70's per 100,000, and the infection rate is below 5 percent. So sports such as soccer may practice and play, so long as the opposing team is from the same county or a county with similar infection metrics.

In unrelated news, Drezner was appointed editor in chief of the British Journal of Sports Medicine, one of the more than 70 journals published by BMJ.  He'll begin that role in January 2021. Drezner has been a deputy editor since 2016.