Articles on smoking and gun control noted specialists' university affiliations about 90% of the time, but only 77% of the time with references to abortion. 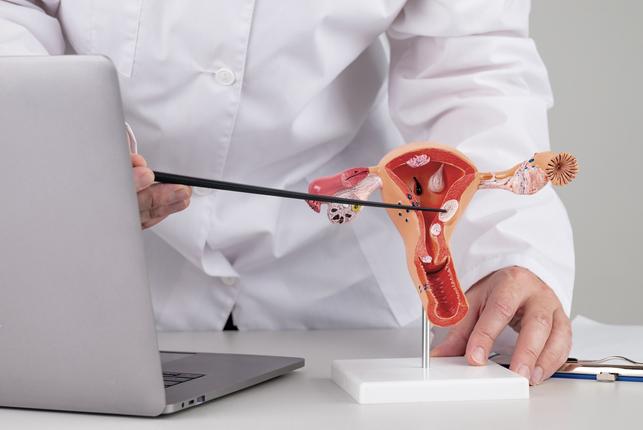 Getty Images
Dr. Emily Godfrey noted a significant drop in listing affiliation on abortion articles. More study is needed on why this may be occurring, she said.

Dr. Emily Godfrey, who specializes in family medicine at the University of Washington School of Medicine, led a group that looked at articles published in top newspapers between 2015 and 2020. The survey found 41 abortion articles, 102 on gun control and 130 articles on smoking.

Godfrey noted that was a significant drop, but added the study did not look into why the authors may have dropped the university affiliation from their titles. She surmised that the researchers or doctors may fear retaliation from those who do not approve of abortion as a part of reproductive health, or be pressured by university public relations staff to avoid the topic as too political. Further research would be needed to state this conclusively, both Godfrey and the study authors noted.

After the Dobbs decision earlier this year by the United States Supreme Court, the listing of university affiliations may drop even further, the study stated.

The study cited a 2022 Pew Research Center report showing medical researchers and scientists reflect the highest percent (29%) of Americans who elicited "a great deal of confidence" that they act in the best interests of the public. In comparison, the poll found that only 12% of religious leaders and 2% of elected officials garnered that status.

Weaknesses in this survey included using only articles from the largest newspapers. Also, none of the newspapers were located in Southern states. Lack of data regarding social media also limited the generalizations and conclusions in the study, the authors noted. They also believe that further study of smaller news outlets and social media is merited.

Abortion is one of the most common health care services in the United States with about 1 million women having an abortion in a given year. An estimated one in four women have had an abortion by age 45, according the The Guttmacher Institute, a research group that supports abortion rights, the study noted.