SAD is a subset of depression that can be marked by feeling blue and  tired, craving carbs, and having less interest in socializing. 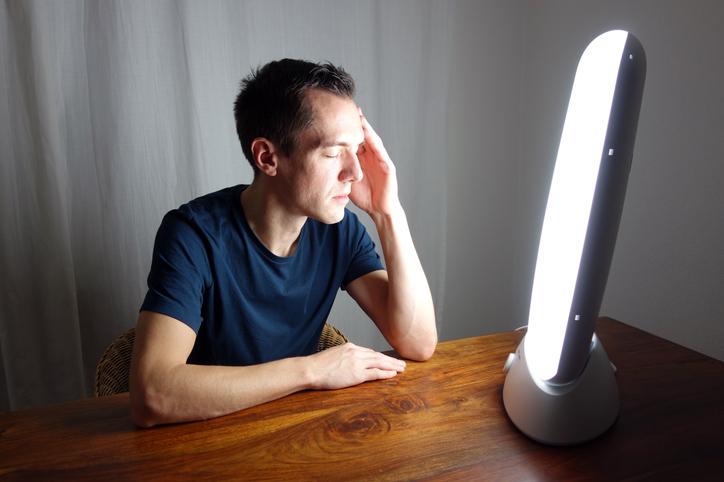 Getty Images
About  ten percent of those who live in the Northwest suffer from SAD, according to UW Medicine experts.

For Robert, * it was getting just too hard to get out of bed in the morning during the winter months.

Finally, his partner, who lives near Skagway, Alaska, suggested using a seasonal affective disorder light, otherwise known as a SAD light, to deal with his sleepiness and mild depression.

“This worked far better than expected. I would even call it life changing,” said Robert, a Seattle resident and software engineer, who, like others living in the Northwest, endures many dark months in a place where sunlight barely limps pass the eight-hour mark in December.

Most of us struggle to get out of bed, but for Robert, the task was particularly hard, especially when the sun wasn’t rising until well after he was on his way to work.

“I had extreme trouble waking up in the morning,” he said. “Drinking coffee would boost my energy for an hour or so, but I could not sustain my energy throughout the workday.”

Then, on the recommendation of his doctor and his roommate, he bought a SAD light. The struggle to get out of bed and the need for coffee stopped.

While Robert’s experience might be dramatic, it is not surprising, said Dr. Nina Maisterra, of the UW Medicine Belltown Clinic, who has recommended SAD lights to her patients who struggle with depression or lack of energy during the winter.

About  ten percent of people living in the Northwest suffer from SAD, according to UW Medicine’s Dr. David Avery, a professor emeritus at the University of Washington School of Medicine. Avery has studied diminished  daylight and its effect on people for the last three decades.  For his patients, Avery suggests working at controlling their wake and sleep times, and keeping active socially but avoiding what resembles “jet lag” during the weekends, such as staying up late and sleeping in.

SAD is generally classified as a subset of depression, It can be marked by feeling blue and tired, craving carbohydrates and feeling less interest in socializing. Research has linked SAD to changes in circadian rhythms and serotonin levels, Maisterra said.

Treatments may include cognitive behavioral therapy that’s focused specifically on SAD; medications known as serotonin-reuptake inhibitors, which work by increasing the levels of a nerve-cell signal in the brain; and light boxes. These are used either as dawn simulators or as a daily exposure  that mimics being outdoors in the sun.

“It’s effective for some people. It’s just like many treatments, sometimes you have to use a combination of therapies,” Maisterra said.

Robert started using his SAD light in August. He sets the timer to go on 30 minutes before he actually wishes to rise in the morning. He reads in bed, the timer goes off, the light turns off, and it’s time to get up.

His co-workers are beginning to ask about using the light, now that winter is coming in.

“I tell them to test it out,” he said. “It’s easy to buy online and doesn’t really require any lifestyle changes to use.”

*Robert asked that only his first name be used for this article.