Ovarian cancer is not a silent killer

Ovarian cancer is not a silent killer

Many women report symptoms early on, which are often dismissed by providers, according to one UW Medicine oncology expert. 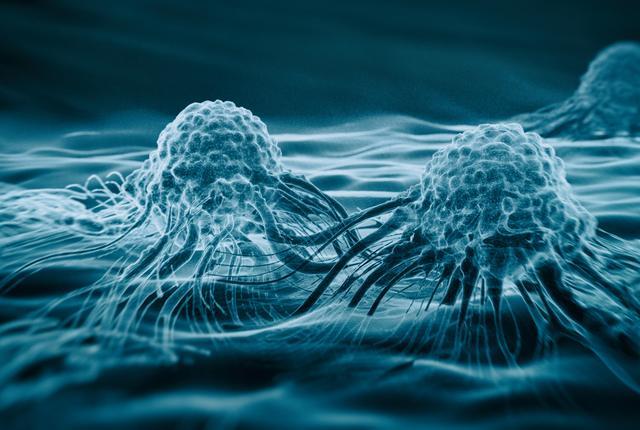 Getty Images
About 22,000 women every year are diagnosed with ovarian cancer, and 14,000 die from it, according to the CDC.

The myth that ovarian cancer is a “silent killer” is just that, a myth, says a UW Medicine expert on the subject.

The more clinicians and primary-care providers recognize the early signs, instead of “blowing them off” as just gastrointestinal problems or nerves, the more lives will be saved, said Dr. Barbara Goff, professor and chair of obstetrics and gynecology at the University of Washington School of Medicine in Seattle.

Goff expanded on this in an op-ed published last week in the Journal of Obstetrics and Gynecology.  She commented on research looking at symptoms of women with ovarian cancer.

That research, led by the Gynecologic Oncology Group, found that out of 419 patients, about 70% had one or more symptoms of the disease, including pelvic pain or bloating. Other symptoms included vaginal bleeding, urinary symptoms or gastrointestinal symptoms.

"One of these five common symptoms identified in this current report can potentially be used to evaluate patients for early-stage ovarian cancer," the authors said of their findings.

"Many healthcare professionals are seemingly unaware of the symptoms typically associated with ovarian cancer, so misdiagnosis remains common," noted Goff, in her companion piece.

The findings added to evidence from clinical surveys showing that more than 90% of women with early-stage ovarian cancer reported having symptoms prior to diagnosis.

Given that survival rates for stage I and II disease are 70% to 90%, compared with 10% to 30% for stage III and IV, and that 60% to 70% of ovarian cancers are diagnosed in late stages, any strategy that allowed for diagnosis in early stages would likely show a survival benefit, Goff said.

About 22,000 women every year are diagnosed with ovarian cancer, and 14,000 die from it, according to the Centers for Disease Control and Prevention..

"Both patients and healthcare professionals should be educated about these symptoms, and we all need a high index of suspicion in symptomatic patients to avoid delays in diagnosis," Goff concluded in her op-ed.  "Women with early-stage disease have survival rates that are more than double those in women with advanced-stage disease. Therefore, symptom recognition with appropriate diagnostic testing remains very important in our efforts to improve outcomes."

While the symptoms of ovarian cancer can also be found in other medical conditions, Goff’s research has shown that women with ovarian cancer typically had symptoms that were of more recent onset and experienced their symptoms almost daily, compared with over a year-long history of episodic symptoms occurring two to three times a month for a clinic population of women without ovarian cancer.

Key to early diagnosis is for clinicians and primary-care providers to listen to their patients closely. If some of the symptoms sync with an ovarian cancer diagnosis, then providers should order diagnostics tests like pelvic ultrasound or a blood test, CA125 and either confirm or rule out ovarian cancer.

While blood tests or ultrasounds are generally not recommended for all women getting routine physical checkups, once these symptoms occur, Goff said that clinicians, ob-gyns or primary-care doctors should take a closer look.

Then there is a preventative strategy, which is to remove fallopian tubes if the woman doesn’t wish to have any more children. That should be considered, Goff added.

Between 50% and 70% of ovarian cancers are thought to arise within the fallopian tubes, Goff noted. Some of this depends on the genetics of the woman – such as the presence of the BRCA1 and BRCA2 genes – or having precancerous legions appear.

“There might be an opportunity to remove the fallopian tubes but leave the hormonally active ovaries if you’re going in for another type of surgery, like hysterectomy and don’t want to have any more children,” Goff noted. This allows women to avoid menopause but still reduce their risk of ovarian cancer.

Preventing ovarian cancer is always better than having to treat it.  It is important for women having a gynecologic surgery to discuss removing the fallopian tubes at the same time, she said.

“It should be part of the discussion,” she said.