Not all veggies are created equal. Some are superstars.

Not all veggies are created equal. Some are superstars.

Q&A with Adam Drewnowski, director of the Center for Public Health Nutrition at the University of Washington. 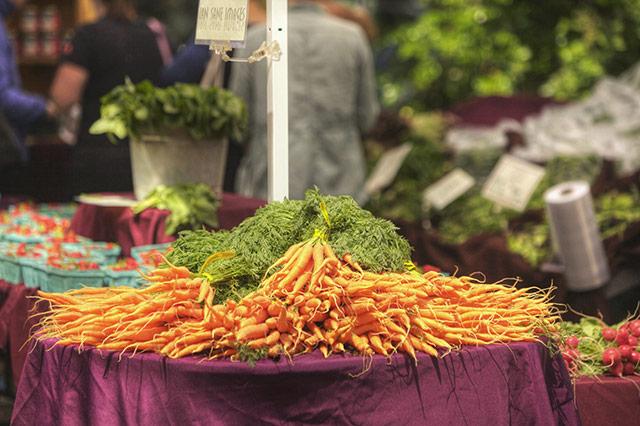 When it comes to vegetables, Americans don’t even come close to eating enough.

Only 9 percent of Americans are eating the recommended two to three servings per day, according to a 2015 report from the Centers for Disease Control and Prevention.

“The consumption of vegetables has been stagnant in this country and has been stagnant for some time,” said Adam Drewnowski, professor of epidemiology at the University of Washington. He directs the university's Center for Public Health Nutrition, the Center for Obesity Research and the Nutritional Sciences Program.

Q: Are there some veggies that surpass all others?
There is a new technique we pioneered here called nutrient profiling and nutrient density. Nutrient density is a measure of nutrients per calorie. Each calorie that you eat has to be packed with nutrients. Empty calories: think sugar. Nutrient-rich calories: think of vegetables with few calories. There are some vegetables with plenty of nutrients and virtually no calories and those are off the charts in nutrient density. Those vegetables are spinach, kale, carrots, sweet potatoes, and sweet peppers. They contain hundreds of percent of recommended value of Vitamin C per day. So those are the super foods. (See Drewnowski's article on nutrient-rich foods in PLOS One.)

Q: What are the most popular vegetables in the United States?
The most popular vegetables in terms of consumption are potatoes, corn, fresh tomatoes, lettuce, and canned tomatoes used in pizza sauce .People consume French fries and ketchup the most. (In other countries, he noted ketchup is not a vegetable.) After that is lettuce and tomato but just as a garnish. For many people that is it when it comes to vegetables and that is bad news. (See USDA chart on the most commonly consumed vegetables.)

Q: How do you get more kids to eat vegetables?
We need to disguise the bitter taste of natural fresh vegetables with something else and that something else is usually going to be salt, sugar, and fat. This is why you have carrots with brown sugar and broccoli with cheese sauce.

Q: What are the most affordable vegetables?
We have put together an affordable nutrition index where you look at the nutrient density of a vegetable and divide it by cost. The specific stars in terms of affordability and nutrient density are broccoli, carrots, sweet potatoes, and white potatoes.

Q: Who are eating the most vegetables?
Vegetable consumption goes up with education and age.

Q: Who is eating the least vegetables?
Teen boys.

Q: If you were on a desert island and could only take two vegetables what would they be?
I’m Polish so potatoes, which grow well in sandy soil. And tomatoes.  I think with potatoes and tomatoes you could have a very good diet.

Watch a cartoon on sneaking more vegetables into your and your family's diet.