The breast cancer vaccine researcher is an inaugural member of the advisory group, which spans medicine and journalism. 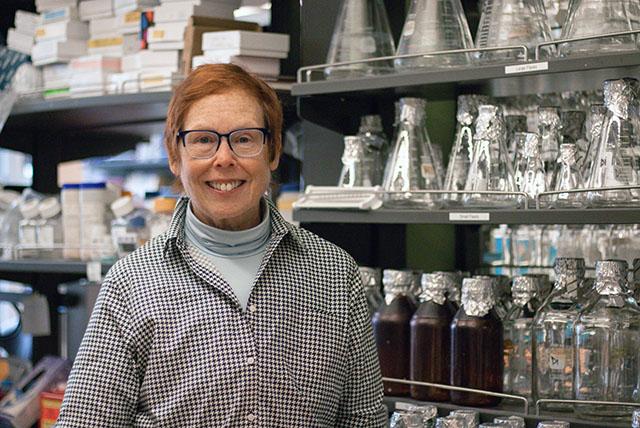 The Breast Cancer Alliance is a foundation that raises support for breast cancer research, breast surgery fellowships, and outreach and educational support for medically underserved patients in need of breast care.

The Sterling Club has been formed to commemorate the silver anniversary of the foundation. The new advisory and outreach group is composed of influential and diverse voices. The initial group consists of leaders in the media, medical and entertainment fields.

Disis directs the Cancer Vaccine Institute at UW Medicine, is an investigator in the Clinical Research Division at Fred Hutchinson Cancer Research Center, and is a Breast Cancer Alliance Exceptional Project Grant recipient. She holds the  Helen B. Slonaker Endowed Professorship for Cancer Research, and is a professor of medicine, Division of Oncology at the UW School of Medicine. She is also a breast cancer survivor.

As a physician scientist, Disis is an expert in the immunology of breast and ovarian cancers. Working to translate laboratory findings to clinical applications, she and her team have developed several targeted therapies and diagnostics. Her lab continues to search for new molecular targets for cancer immunotherapies, and has a particular interest in cancer vaccines and T-cell therapies. She is one of the discoverers of a tumor-specific marker called HER-2/neu.  This marker is now the target of many widely used cancer drugs.  Several clinical trials are testing vaccines based in the HER-2 discovery.  The Disis lab is also interested in characterizing the immune system as a basis for developing cancer diagnostics.

"We are thrilled to announce the inaugural members of this esteemed council,” said BCA Executive Director Yonni Wattenmaker. "Each of these individuals has already enhanced the work of Breast Cancer Alliance in one way or another, and has done so much to communicate information, conduct research or treat patients faced with breast cancer. We are incredibly proud to have them involved with our organization.”

The Sterling Club will expand to include more members over the coming year.

The mission of the Breast Cancer Alliance is to improve survival rates and quality of life for women and men who have been impacted by breast cancer.  The BCA supports efforts toward better prevention, early detection, treatments and cure.

To date, BCA has awarded more than $30 million, with over $13 million of those grants designated for innovative research.

Please see the news from the Breast Cancer Alliance announcing the creation of the Sterling Club and the selection of its first group of members..