No downside but cost to Hep C antivirals, hepatologist says

No downside but cost to Hep C antivirals, hepatologist says 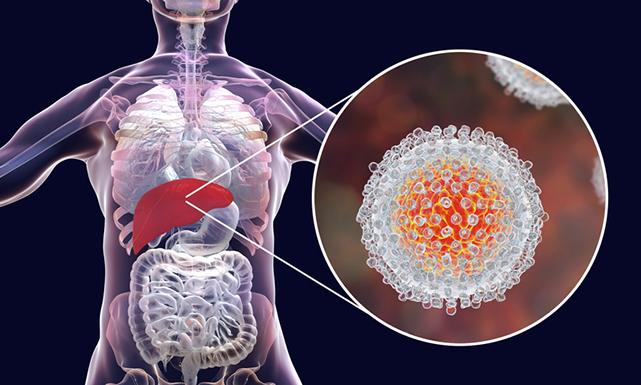 Lauren Beste, a general internist at the University of Washington School of Medicine, treats hepatitis C patients at the VA Puget Sound Health Care System. She splits her time between clinical care and data analysis of the hepatitis C virus (HCV) for a national VA program.

Beste has seen firsthand how the class of drugs known as direct-acting antivirals, introduced in 2013, has revolutionized treatment of hep C. In contrast to weekly injections or daily medications for a year, the direct-acting antivirals (DAAs) are taken once a day for eight to 12 weeks. Their cure rates are 93-99%, research shows – far more effective than conventional drugs’ cure rates between 54-63%.

But enthusiasm for the new class of drugs was tempered by a U.S. Food and Drug Administration warning issued in October 2016; it highlighted the potential for reactivation of the hepatitis B virus among individuals infected with both viruses. The FDA reported 500 cases of liver failure and 1,000 cases of severe liver injury among patients taking DAAs in the 12 months ending June 30, 2016.

Recently, though, JAMA Network Open published a study that evaluated the safety of DAAs prescribed to more than 33,000 patients between 2012 and 2017.

Beste was asked by the journal to write a commentary on the study. She concluded: “The work of McGlynn and colleagues puts to rest many of these safety concerns.”

The study was led by Elizabeth McGlynn, vice president of Kaiser Permanente Research in Pasadena, California.

The study’s patient-subjects came from diverse backgrounds and many had co-morbidities, Beste noted. This diversity helped the researchers discern what the FDA had not, in terms of what was causing the adverse events – the virus or the medication.

Wrote Beste: “Because many potential drug-related adverse events of interest may also result from HCV (e.g., liver transplantation, hepatic decompensation, death), the researchers used marginal structural modeling to adjust their analyses for patient characteristics, and, crucially, for the probability of receiving antiviral treatment. Patients who receive DAAs inevitably differ from non-recipients in ways that could affect their risk for an adverse outcome during the treatment period. The study methods help to overcome biases inherent in large observational studies of drug safety by minimizing the issue of confounding by indication to the extent statistically feasible.”

In an interview, she added: “People should feel real confident that HCV treatment does not cause secondary harms. There is no downside in increased hospitalization or death.”

Hepatitis C is a virus spread by contact with contaminated blood, for example, from sharing needles or from transfusions prior to 1992. Hepatitis C can lead to cirrhosis of the liver and liver cancer, as well as symptoms such as fatigue and reduced quality of life.

For the approximately 2.4 million U.S. individuals currently infected with the hepatitis C virus, the study gives them and their caregivers peace of mind over safety.

The next hurdle is price. Currently DAAs cost up to $1,000 per pill.