The aim is to discern whether biomakers can help predict which children are more at risk of persistent post-concussion symptoms. 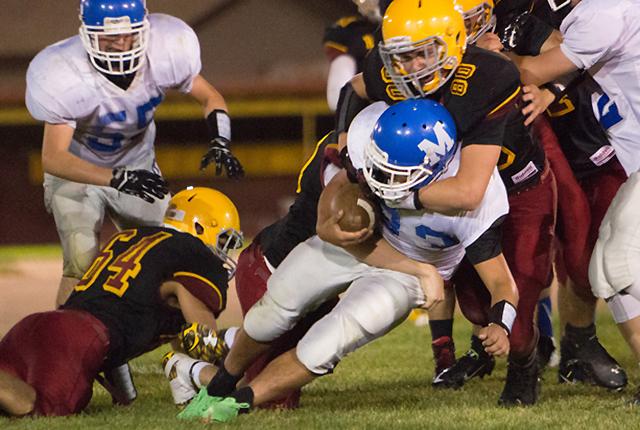 Flickr | Shannon Tomkins
A high school football player falls during a game in 2013 in Kentucky.

The National Institute of Neurological Disorders and Stroke has awarded a $10 million grant to the Four Corners Youth Consortium, a group of organizations researching concussions in children ages 11 to 17.

The project’s investigators will study biological markers—such as brain imaging scans, blood tests and changes in blood pressure and heart rate—that could predict which children are at higher risk for developing persistent post-concussion symptoms.

Investigators hope this research will lead to improvements in the prevention and treatment of concussions in children.

The five-year study will be led by Dr. Frederick Rivara of Seattle Children’s Center for Child Health, Behavior and Development and UW Medicine's Department of Pediatrics, Dr. Chris Giza at UCLA, and Dr. Gerard Gioia at Children’s National Hospital.

“Seattle Children’s research is on the cutting edge of understanding youth concussion and how to develop prevention and treatment options,” Rivara said. “This is an important grant from the NIH (National Institutes of Health). It will help us advance our knowledge in this field and potentially lead to earlier interventions.”

In Seattle, the principal investigators will be Dr. Sara Chrisman, a Seattle Children’s practitioner and UW associate professor of pediatrics and adolescent medicine, and Dr. Christine Mac Donald, a UW professor of neurological surgery.

The concussion work grew out of a grant from the Satterberg Foundation to Seattle Children’s Research Institute and an investment from the Sports Institute at UW Medicine, directed by Dr. Samuel Browd.

Nationally the project will involve more than 1,300 children. In the Seattle area, about 120 children will participate in the study, which will be conducted in two phases: Phase I will aim to develop a set of candidate biomarkers predictive of persistent post-concussion symptoms. Phase II will test those biomarkers with a new group of children with concussion with the goal of developing a practical algorithm to be used in clinical practice.

Concussions affect nearly 3 million Americans annually, up to 30% of whom are not fully recovered three months after injury. The risk is even greater for adolescents, who commonly report persistent post-concussive impairments such as migraine headaches, cognitive problems, abnormal stress responses and mood dysregulation.