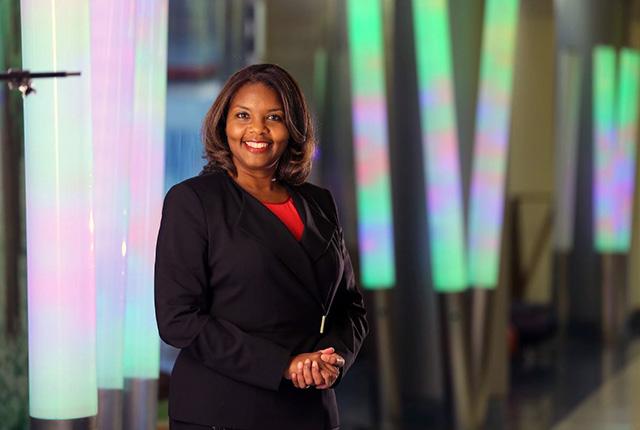 The newly appointed chair of the UW School of Medicine's Department of Pediatrics will also serve as the associate dean of the UW medical school and as senior vice president/chief academic officer for Seattle Children's. Walker-Harding will assume her new roles Feb. 15, 2019.

Before joining Penn State Health, Walker-Harding had served as chief of adolescent medicine at UW Medicine and Seattle Children's, and headed the pediatric hospital's Adolescent Substance Abuse Program.  From 2007 to 2016, she was on the faculty of the UW School of Medicine and the UW School of Public Health. where she was an affiliate faculty member in maternal and child health in the Department of Health Services.

Paul Ramsey, CEO of UW Medicine and dean of the UW School of Medicine, and Dr. Jeff Sperring, chief executive officer of Seattle Children's, both expressed in a Seattle Children's news release that they were pleased to welcome Walker-Harding back to Seattle.

"She has great leadership experience in a number of areas such as adolescent substance abuse and cultural competency and equity—areas of medicine that are very important to UW Medicine and Seattle Children's and a critical focus for our community," Ramsey was quoted in the release.

In addition her roles at UW Medicine and its regionalized medical school,  Walker-Harding will help develop, implement and evaluate residency, fellowship and training programs that support Seattle Children's Hospital and the Seattle Children's Research Institute. She also will help further integrate research into the hospital setting.

Jeff Sperring, chief executive officer of Seattle Children's. said, "As the head of our Division of Adolescent Medicine for more than nine years, Dr. Walker-Harding was an incredible leader who diligently worked to address some of the most pressing issues facing young people today. We are thrilled she will be rejoining the Seattle Children's team in a larger role where she will be instrumental in helping us achieve our mission of providing hope, care and cures to help every child live the healthiest and most fulfilling life possible."

She is widely published on a number of pediatric and adolescent topics, and she is a sought-after speaker.  In addition to substance abuse prevention, Walker-Harding is also known for her research on teen pregnancy prevention, her views on keeping kids safe on social media, and her advocacy for the emotional and physical health and well-being of young people. She also has a strong interest in how academic centers can improve the health of their communities gnerally and more particularly by engaging with teens and young adults. Her Twitter handle is @AskTeenDoc

"I am humbled and thrilled to be returning to UW Medicine and Seattle Children's," said Walker

She succeeds Bruder Stapleton, who assumed his pediatrics leadership responsibilities in Seattle in 1996.  Karen F. Murray has been acting as interim chair of pediatrics.