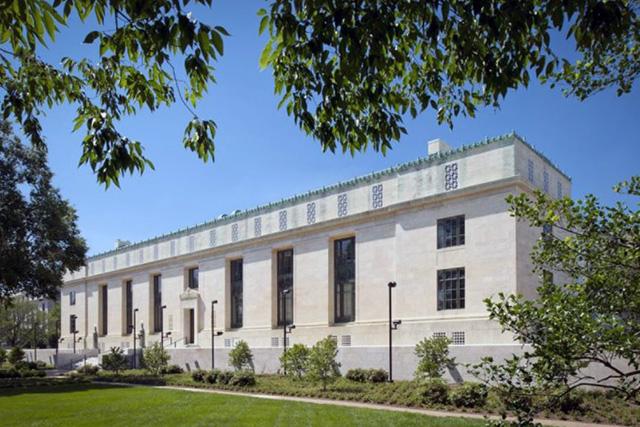 NAS
The National Academy of Sciences building is located in Washington, D.C.

Three members of the UW School of Medicine faculty were elected this week to the National Academy of Sciences.  They are among the 120 new members and 30 international members.  They are also among the 59 women named this time, the most chosen in a single year.  Six faculty from the UW as a whole are among the newly elected.

The National Academy of Sciences announced the results of the election April 26.  The NAS was founded in 1780 by John Adams, John Hancock, and other national leaders of the time.  They sought to recognize accomplished individuals, foster the common good, and conduct cross-disciplinary studies to inform public policy.

The latest election brings the total number of UW School of Medicine faculty in the National Academy of Sciences to 34.

The new UW School of Medicine NAS members are:

Protein scientist Rachel Klevit, professor of biochemistry at the UW School of Medicine, and of chemistry in the UW College of Arts & Sciences. Her web site, replete with animated horses in heraldry ridden by scientists, says the theme of her lab is to understand guardians of living cells.

Her team has many techniques to study molecular recognition, particularly how proteins interact in human diseases.  One of her lab’s efforts is to study the large, multifunctional protein produced by the BRCA1 gene. Some missense mutations carried by this gene predispose people to inherited forms of cancer, such as some breast cancers. In other work, Klevit’s group looks at small heat shock proteins. They are interested in those classes of these proteins that cells manufacture under stress, for example, from heat, changes in pH, or lack of oxygen.

The structure and function of these proteins, which are implicated in certain muscle wasting diseases and some cancers, have been difficult to solve. Klevit’s team brings different nuclear magnetic resonance approaches to this challenge. Her lab also uses NMR to study a sensor enzyme critical to bacterial virulence.  This enzyme responds to environmental signals, such as the presence of antimicrobials, by turning on or off genes involved in infection.

Klevit danced with the Royal Winnipeg and Portland Ballet companies and had no science background before attending college. She became fascinated with chemistry at Reed College and later was a Rhodes Scholar at Oxford University, an award not given to women until a year before she was accepted.

Neuroscientist Rachel Wong, professor and chair of the Department of Biological Structure at the UW School of Medicine.  Her longstanding research covers neuronal circuits – how the circuitries of these nerve cells develops, how they break down during degeneration, and how they reassemble during cellular degeneration.  Her study model is the vertebrate retina, the part of the eye that receives light and converts it into signals sent to the brain. The retina is one way the central nervous system obtains information about the outside world.  Her team applies a diversity of methods to investigate the structure, and connectivity of nerve cells in normal and altered retinas.

The retina has a very complex network of nerve connections and relaying of information. Several major types of nerve cells take part in this. Because the embryo and larvae of zebrafish remain relatively transparent, Wong’s team can track changes in zebrafish retinal neurons from the time they first appear until they form circuits.  Also, because zebrafish can regenerate their retinas, they reveal how retinal neurons rewire during cellular regeneration.

Other research in her lab is on reconstructing detailed connectivity maps of neurons in the inner and outer retina, and how transmission of nerve signals helps establish and maintain connectivity between retinal neurons. In collaborative research with other labs, Wong working towards studying how the eyes encode a visual scene.

She is on the steering committee for the National Institutes of Health Audacious Goals Initiative to restore vision lost from damage to the retina and optic nerve.

Wong attended high school in Malaysia, where she enjoyed playing musical instruments, especially the piano.  She majored in physics at Monash University in Australia and researched vision as an Australian National University graduate student.

HIV researcher Julie Overbaugh, of the Human Biology Division, Public Health Sciences Division and Office of Education and Training at Fred Hutchinson Cancer Research Center.  She is also an affiliate professor of microbiology at the UW School of Medicine. Overbaugh has been involved in decades-long research of HIV transmission in Kenya, Africa as part of The Nairobi HIV/STD Project. Her research there focused on transmissions from mothers to infants.  She also studied transmissions in sex workers.  She was part of a team that studied the risk of breast milk transmitting HIV to babies.  Their findings provided important information to HIV-positive mothers on protecting their children.  She also used samples from these studies to determine aspects of mothers’ immune response against HIV that could safeguard their infants.  The infants’ immune responses also provided ideas for improving the design of candidate HIV vaccines.  In her team’s research with sex workers, the scientists saw the role that co-infections have in shaping the number of HIV variants that can be spread to other people.  They also looked at the immune system response in people who already are HIV positive are infected again, but with a new strain. She is also assessing HIV drug resistance.

In a larger context, her work on HIV has provided new insights into protective antibody response and innate immunity.

Overbaugh has given Seattle and Nairobi scientists-in-training the opportunity to research viral evolution, virus-host cell interactions, and viral immunology in international, collaborative efforts.

More recently, Overbaugh has been studying the emergence of the Zika virus as an infection of global concern.  Her team has been looking at banked samples to see whether disease-causing Zika virus has been circulating in East Africa.  Her team is also seeing which innate immune responses help control Zika replication, and whether African viruses, or the immune responses to them, are different from the pathogenic Zika viruses found in the Americas.

Overbaugh has given Seattle and Nairobi scientists-in-training the opportunity to research viral evolution, virus-host cell interactions, and viral immunology in international, collaborative efforts.

Growing up in rural Pennsylvania, Overbaugh was more interested in art and sports than in science or school. She was recruited by the University of Connecticut to play basketball. She majored in chemistry, and later earned a Ph.D. in that field. When HIV was discovered, she realized she wanted to use her training to contribute to public health efforts to prevent it and switched her field from chemistry to virology.

She is the twelfth Fred Hutch researcher elected to the National Academy of Sciences.