UW researcher is trying to hold soda makers accountable for their products' contributions to disease. 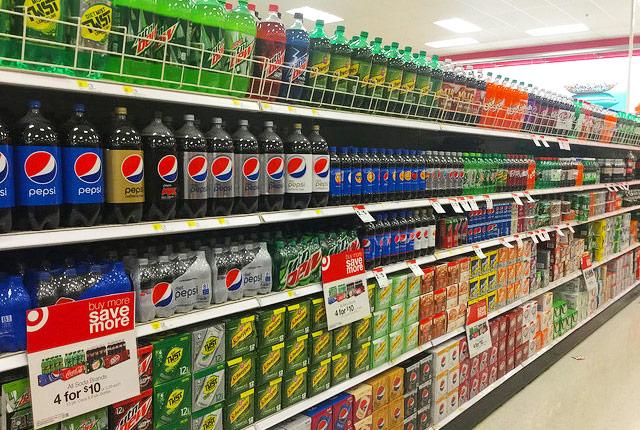 Flickr | Mike Mozart
The beverage industry is being called out like Big Tobacco was in the 1970s and 80s.

The American Academy of Pediatrics and the American Heart Association just issued policy recommendations to reduce children's intake of sugary drinks, urging lawmakers at every level to implement taxes, warning labels and limits on product advertising.

It’s another step in the movement to heighten public awareness of sugary beverages’ contribution to diabetes, obesity and other diseases whose healthcare costs amount to billions every year. The beverage industry is being called out like Big Tobacco was in the 1970s and 80s. Perhaps within a generation, primary-care patients will be screened about soda and sports-drink consumption as they are about tobacco use today.

That’s one goal of Jim Krieger. He’s a clinical professor in the University of Washington’s schools of Medicine and Public Health, and for the past four years has served as executive director of Healthy Food America. The organization advocates for greater access to healthy food and for reduction of sugary drinks in the American diet.

Recently I spoke recently with Krieger, who was excited about a study that showed Berkeley, California, residents had significantly lowered their soda intake after a soda tax was imposed.

“Policymakers, advocates, researchers and the general public need solid scientific knowledge about the effects of these taxes to see if they are meeting their promise as a public health measure,” he said. “Are they reducing consumption? Are they generating revenue that’s put to good use to address health inequities?”

This year, he predicted, will see an “explosion of evidence that is more rigorous and longer-term, and we’ll get a sense of the impacts of these taxes in multiple communities.”

As a general internist for 25 years at Harborview Medical Center, Krieger saw adult patients whose health problems reflected fundamental changes in the macronutrient value of their diets. Many patients, he said, were unaware that fruit drinks and other beverages contain so much sugar or that sugar negatively affects health.

Krieger also realized that his ability to change patients’ dietary behaviors in the span of a 15- or 20-minute clinic interaction was limited.

“Education, in and of itself, is a fairly weak intervention to reduce consumption. Strategies in pricing and promotion and marketing are much more powerful drivers of dietary choice than what you hear at your doctor’s office.”

That recognition gave rise in 2014 to Healthy Food America, which seeks to address change at the community level. Krieger maintains his related research at UW, and it was in this role that he and colleagues recently were awarded two grants from the Robert Wood Johnson Foundation.

One study will examine the extent to which taxes on sugar-sweetened beverages are regressive – that is, they place a greater tax burden on low-income households – and whether progressive investments of those tax revenues in low-income communities affect the net economic impact on those households.

The second study will develop and test counter-marketing and healthy-beverage social media messages among parents of Latinx children age 0-5. Those children have a high rate of sugary drink consumption among racial/ethnic groups.

Krieger and like-minded researchers hope to gather evidence that will be increasingly hard for local, state and national lawmakers, not to mention the soda companies, to ignore. Early adopters have been progressive cities like Seattle and Berkeley, but Krieger sees broader interest.

“I’ve had conversations with some pretty ‘red’ communities who are faced with significant budget issues and are curious about what such a tax might do for them,” he said. “They’re more interested for the revenue generation, but they aren’t immune to the upside of improving their community’s health.”