Identifying nerve agents and their effects

Identifying nerve agents and their effects

Injuries to a former Russian agent and his daughter lead to several nations expelling Russian diplomats. 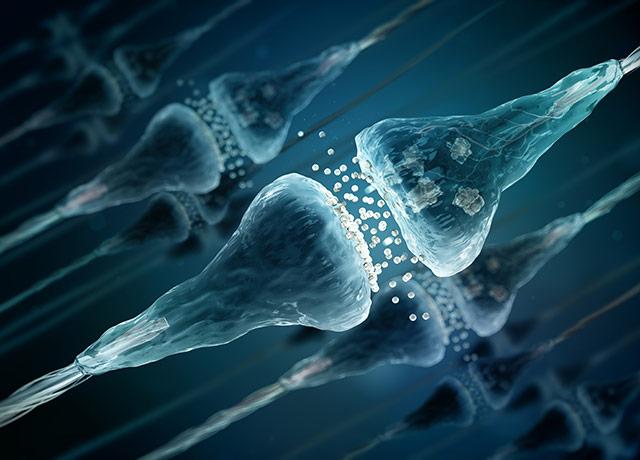 ThinkStock
At a synapse, where two nerve cells meet, electric impulses are passed by neurotransmitters such as acetylcholine.

Acetylcholine is one of the main neurotransmitters in the nervous system. It is an organic compound that sends signals between the brain and the body, regulating the function of the heart and other muscles as well as the endocrine system, which secretes hormones to direct the function other organs.

According to Neil Nathanson, a professor of pharmacology at the University of Washington School of Medicine, the body's production of acetylcholine was the target of the chemical nerve gas agent used March 4, 2018, in London against Russian ex-spy Sergei Skripal and his daughter Yulia. The father, 66, and daughter, 33, remained critically ill as of last week.

“Normally this transmitter, acetylcholine, has a short action because it is quickly destroyed by an enzyme,” Nathanson said. “But the nerve agents kill that enzyme, so you have continual signaling by acetylcholine. This results in overstimulation of the nervous system, causing convulsions and seizures. It interferes with people’s ability to breathe by acting on your respiratory muscles … and causes secretions in airways and saliva glands that people wind up almost drowning in their secretions. … It ends up killing people the same way that insecticides kill bugs.”

Some nerve agents can be reversed within hours after exposure; others have a window of only a few minutes before the effects cannot be reversed, Nathanson said.

The nerve gas has been identified in news stories as one of a family of chemicals called Novichoks, reputedly among the most potent nerve agents ever created.  The chemical was identified as a Novichok by experts at England's Defence Science and Technology Laboratory.   Wikipedia reports that Novichoks were developed by Russia between 1971 and 1993.  Russia denies producing Novichok agents.