How to reenter the post-COVID-19 world, sanely

How to reenter the post-COVID-19 world, sanely

“I would suggest taking a pause and not jump in and try to do everything at once,” said Anne Browning, a UW specialist in wellness. 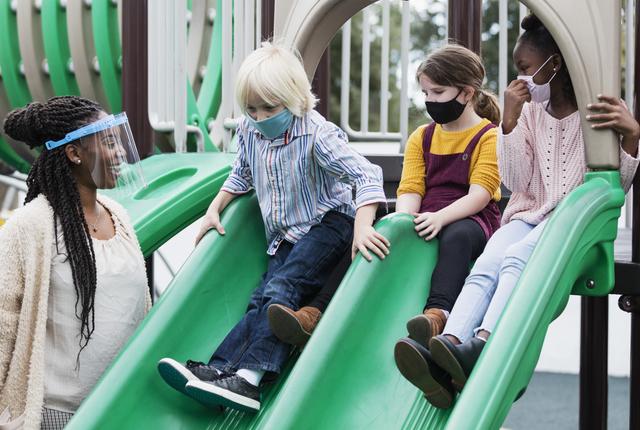 Getty Images
It is still important to protect the most vulnerable community members, Browning said.

The choices are beginning to pop up in our emails, texts and schedules. Friends are asking about dinner, a movie, a concert or a playdate with the kids.

As we emerge from our COVID-imposed cocoons, we are asking: What should we say "yes" to?  What’s safe?  And if we’d rather not, how do we say “no”?

“I would suggest taking a pause and not jump in and try to do everything at once,” said Anne Browning, assistant dean of well-being at the University of Washington School of Medicine. She and her wife have received invitations to large dinner parties. For now, that’s a definite “no,” Browning said.  The pair, who have a 5-year-old daughter, are opting for smaller gatherings first.

She encourages people to “find the edges” as a way to ease back into the daily rush. For example, go for a walk in the early morning or late evening.

“Do the things you like doing, but give yourself some space so you don’t feel anxiety creeping up on you if you find yourself it too crowded of a place, she said.  “I think back to a year ago, where I was walking down completely empty streets – and now when I think about going to a parade or being in that crush of people, I don't think I'm there yet.”

Browning's daughter is still unvaccinated, which has the most influence on the family's decisions about being with others.

“There is that lens toward how we will protect the most vulnerable person in our group,” she said, noting that playdates are on, with masks still required.

Workplace re-entry can be a tricky situation, as well.  At hospitals, for instance, clinical and support staff who came to work every day during the pandemic might feel relatively safe now and be ready to rip their masks off for the last time. But legions of administrative colleagues, who have worked from home for over a year, will want to keep wearing masks, even if they are vaccinated and outdoors.

"They are still tiptoeing into the workplace and may have some reservations about coming back indoors," Browning said, suggesting that everyone needs to give grace and acknowledge the broad spectrum of comfort levels and caution.

She hopes everyone will earnestly consider whether some quarantine habits are worth keeping – such as an evening walk or the quiet reverie of reading.

“You don’t want to lose that just because everything speeds up again and things get kind of noisy again,” she said.

It can be useful, however, to make some plans, like getting tickets to an event later this summer or in the fall.

“I think one of the nice things about this moment is we can start having some anticipatory joy of looking forward to doing those things we've missed so much. That can be a really powerful boost to our mental well-being, to just being able to look forward to things on the horizon.”