DNA repeats may explain many cases of rare genetic disorder

DNA repeats may explain many cases of rare genetic disorder

Standard tests appeared not to reveal the flaw within long genetic sequences. 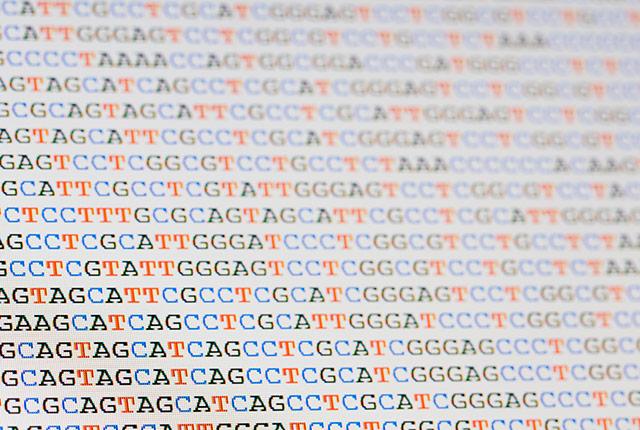 Getty Images
Standard gene-sequencing techniques detected the abnormal mutations linked to the disorder in just two of the 12 patients.

Some cases of Baratela-Scott syndrome, a rare disorder that causes facial and bone abnormalities and developmental delay in children, appear to be due to repeating DNA sequences that are not easily detected by standard genetic screening tests, researchers report.

The finding suggests that such hard-to-detect repeating sequences may explain other disorders in which genetic testing yields a "normal" result, said Heather Mefford, associate professor of pediatrics (genetic medicine) at the University of Washington School of Medicine. Mefford co-led the project with Katia So-Church, research professor of pathology at the University of Virginia School of Medicine, Charlottesville.

The paper appears in the current issue of the American Journal of Human Genetics.

Recent research has indicated that Baratela-Scott syndrome is caused when a child inherits two abnormal copies, one from the father and one from the mother, of a gene called xylosyltransferase 1 (XYLT1). XYLT1 provides the instructions for the enzyme xylotransferase, which plays an essential role in a wide variety of biological processes. The mutations that were identified in XYLT1 shut down the gene, preventing cells from synthesizing this key enzyme.

In the new study, the researchers evaluated 12 patients who had been diagnosed with Baratela-Scott syndrome.  Standard gene-sequencing techniques detected that only two patients had the abnormal mutations linked to the disorder present in both copies of the gene. In four patients, one copy of the gene was missing and the other copy appeared normal. In the remaining patients, both genes appeared to be normal

This suggested to the researchers that in the 10 patients who had at least one normal-appearing gene, something else must be preventing the gene’s genetic instructions from being read, and preventing xylosyltransferase from being synthesized.  One possibility was that the genes were being turned off by a process called methylation. In this process, single carbon molecules with three hydrogens—called methyl groups—bind to DNA and prevent the cell from reading a gene’s instructions and thus blocking the production of the protein. Because this form of gene regulation does not directly result from instructions contained within a gene, it is called "epigenetic" – with epi meaning “in addition to" genetics.

To see if this was the case in these patients, Mefford and colleagues looked for the presence of methyl groups on the XYLT1, and, indeed, found, them at a key area on all the genes that had appeared normal with standard gene-sequencing techniques.

A well-known cause of such methylation are DNA sequences in which the three same DNA molecules are repeated over and over again. Such sequences, called trinucleotide repeats, are common in the human genome. Usually, they do not cause problems as long as they remain relatively short. Sometimes, however, runs of trinucleotide repeats can “trip up” the enzyme that makes copies of genes, causing the enzyme to essentially lose count and end up adding additional repeats to the sequence. If the run of triplet repeats gets too long, it attracts methyl groups that can shut the gene down.

Mefford and her colleagues used a combination of old and new experimental methods and found runs of triplet repeats of the nucleotides guanine-guanine-cytosine (GGC) near the first coding region of the gene. It appears that a run of 100 GGC repeats were sufficient to trigger hypermethylation of XYLT1 and cause the syndrome in these patients.

“This study shows that we may need to use different tools to find a genetic explanation in ‘unsolved’ patients and that we shouldn’t give up trying to solve disorders that we think are genetic," Mefford said.

The paper's lead authors were Amy J. LaCroix, a research scientist in the Mefford lab, and Deborah Stabley, a senior research assistant at the Alfred I. duPont Hospital for Children in Delaware.