Women, especially those ages 18-39, are more likely than any other age group to experience kidney stones. 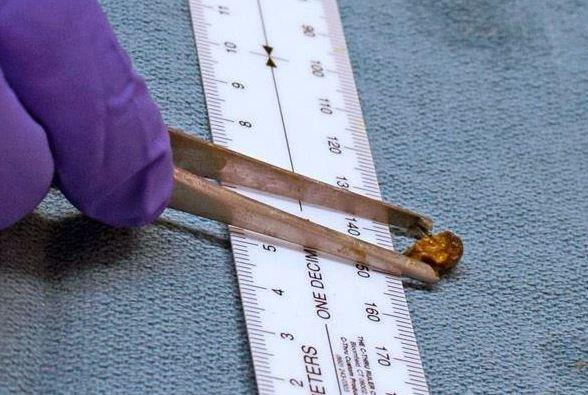 A new study by the Mayo Clinic, which reviewed about 30 years worth of data from a Minnesota county, has found that the incidence of kidney stones is on the rise, especially among women in the age range of 18 to 39.

Drawing on data from the Rochester Epidemiology Project, researchers looked at data gathered between 1984 and 2012 to compare incidents of kidney stones between men and women, as well as what ages the diagnoses occurred.

“It was interesting to me that women were getting the stones at a higher rate, but more significantly, younger women, or even teenagers, were seeing an absolute increase in kidney stones,” said Jonathan Harper, a urologist with UW Medicine in Seattle.

The study does not conclude what may have caused this spike, but Harper wondered if there might be a link to increased obesity rates among all ages.

“We’ve known for decades that obesity is linked with increased stones, and that the incidence of obesity has been rising for women, as well as men.  But whether the diet may be playing into the increase in younger women, we just don’t know yet.”

Harper, along with urology peers at the University of Washington School of Medicine, and six other schools across the county, is part of the Prevention of Urinary Stones with Hydration (PUSH) study.  PUSH is looking at whether increased hydration can be used to decrease kidney stones.

"It’s an important time to raise awareness of the substantial rise we are seeing in kidney stones, which are both painful and debilitating,” said Harper. “With the PUSH study, we aim to reduce the barriers to water intake, which we know to be a key preventative measure to urinary stone disease."

PUSH researchers will ensure participants are hydrating per the study’s guidance via a smart water bottle that monitors fluid consumption and connects to an app, allowing users to easily check their hydration progress throughout the day. Study participants in both the intervention and control groups will receive these smart water bottles and will be asked to try to drink enough to expel 2.5 liters of urine per day—about 10.5 cups.

Those wishing to join the study, which is still taking applicants, can apply here.

Funded by the National Institutes of Health (NIH), the PUSH study is a randomized trial that will enroll 1,642 people, half in an intervention group and half in a control group. The study’s primary aim is to determine whether use of a “smart” water bottle to stay hydrated, along with a program of financial incentives and health coaching, will result in reduced risk of kidney stone recurrence over a two-year period. The trial is supported by the National Institute of Diabetes and Digestive and Kidney Diseases (NIDDK), a part of NIH. The study plans to conclude in the fall of 2019.

To join the PUSH study, participants must be 12 years of age or older, have had at least one symptomatic stone in the past three years, have a low urine output (measured over 24 hours), own a smartphone, and meet other eligibility criteria, as outlined in the trial’s ClinicalTrials.gov page: NCT03244189, under grant DK110986.

Access downloadable soundbites on the PUSH study from UW Medicine.