David Veesler is among 31 finalists for the 2022 Blavatnik Family Foundation National Awards for Young Scientists. 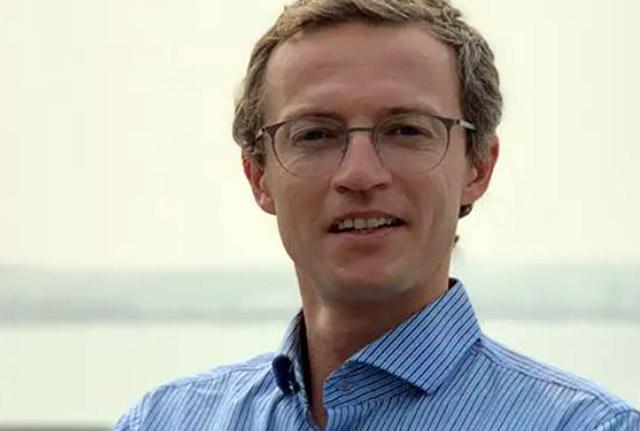 David Veesler studies the molecular structure and function of the SARS-CoV-2 infection machinery.

Coronavirus researcher David Veesler, associate professor of biochemistry at the UW School of Medicine, is among the 31 finalist for the 2022 Blavatnik National Awards for Young Scientists.

The Blavatnik Family Foundation and the New York Academy of Sciences announced the finalists today for the world’s largest unrestricted prize honoring early-career scientists and engineers.

From the finalists, three winners - in life sciences, chemistry, and physical sciences and engineering - will be named June 29.  Each of the three would receive $250,000 as a Blavatnik National Awards Laureate.

The honorees, were chosen from a highly competitive pool of 309 nominees from 150 leading universities and scientific institutions from 38 states across the United States.

Veesler, a molecular biologist, made discoveries on the structure of SARS-CoV-2, the virus that causes COVID-19.  His findings have had a resounding impact on the understanding and treatment of the virus. Veesler has been studying coronaviruses and related viruses for several years. Building on his expertise on how SARS viruses enter cells, Veesler obtained, at unprecedented speed, one of the first atomic-level description of the SARS-CoV-2 spike protein, a critical part of the virus' infection machinery. His subsequent characterization of antibody responses in humans led to the creation of treatments and novel vaccines. Veesler’s invaluable research on viral spike proteins will help protect humanity against new SARS-CoV-2 variants and future viral pandemics. He is a Howard Hughes Medical Institute investigator.

After the annoucement today, Veesler tweeted, "I am honored and grateful to have been selected as a finalist of the 2022 Blavatnik National Awards for Young Scientists @BlavatnikAwards alongside so many great scientists!"

“Since the Blavatnik National Awards were established nine years ago, many of our finalists have made extraordinary discoveries that have led to groundbreaking innovations in their respective fields,” said Len Blavatnik, founder and chairman of Access Industries and head of the Blavatnik Family Foundation.

“We are proud to honor their commitment to scientific excellence and celebrate their achievements. We look forward to following their continued success,” Blavatnik said.

President and CEO of the New York Academy of Sciences Nicholas B. Dirks said: “There are many prizes for lifetime achievement in science, but there are only a few prizes that honor scientists at this critical crossroads in their careers. Why does this matter? It’s at this stage where support and recognition can make a tremendous difference, giving enormous visibility to their research.”

“On behalf of the academy, I also would like to thank our judges and our scientific advisory council—all eminent scientists from across the U.S. We couldn’t successfully administer these awards without their continued support and the engagement of the broader scientific community,” he said.

Three independent juries—each representing one of the award categories—selected the finalists and will determine the winning laureates. Laureates must be faculty-level scientific researchers, 42 years of age or younger. They are nominated to the competition by their university or research institution.

The Blavatnik Awards for Young Scientists, established by the Blavatnik Family Foundation in 2007 and independently administered by the New York Academy of Sciences, began by identifying outstanding regional scientific talent in New York, New Jersey and Connecticut. The Blavatnik National Awards were first awarded in 2014 and expanded in 2017 to honor faculty-rank scientists in the UK and Israel. By the end of 2022, the Blavatnik Awards will have awarded prizes totaling $13.6 million. Visit blavatnikawards.org.

The Blavatnik Family Foundation is an active supporter of world-renowned educational, scientific, cultural and charitable institutions in the United States, the United Kingdom, Israel and other countries throughout the world. The foundation is headed by Len Blavatnik, a global industrialist, philanthropist and founder and chairman of Access Industries, a privately held industrial group based in the United States with global strategic interests. Visit www.accessindustries.com or www.blavatnikfoundation.org.

The New York Academy of Sciences is an independent, not-for-profit organization that since 1817 has been committed to advancing science for the benefit of society. With more than 20,000 Members in 100 countries, the Academy advances scientific and technical knowledge, addresses global challenges with science-based solutions, and sponsors a wide variety of educational initiatives at all levels in science, technology, engineering and mathematics,  and related fields. The Academy hosts programs and publishes content in the life and physical sciences, the social sciences, nutrition, artificial intelligence, computer science, and sustainability. The Academy also provides professional and educational resources for researchers across all phases of their careers. learn more at www.nyas.org.