Can an electroceutical treat rheumatoid arthritis?

Can an electroceutical treat rheumatoid arthritis?

Study will test whether the nervous system can be used to modulate immune activity and reduce severity of an autoimmune disease. 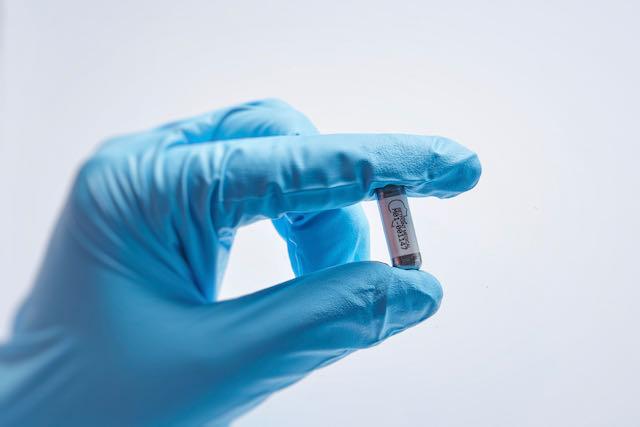 Setpoint Medical
The MicroRegulator device fits around the vagus nerve in the neck.

UW Medicine physicians are helping conduct a study to see whether nerve stimulation can reduce the inflammation that causes rheumatoid arthritis.

This is the first large-scale trial to see if manipulating the nervous system can influence the immune system. The study reflects a growing interest in the use of electrical devices — so-called electroceuticals — to achieve effects usually requiring drugs.

“The idea that we can use our nervous system to affect our immune system is new and exciting,” said Dr. Jeff Peterson, clinical associate professor of medicine (rheumatology). “If our trial is successful, this approach may offer an alternative to rheumatoid arthritis patients who don’t want to be on immunosuppressive drugs.”

Peterson, who is leading the trial effort in the Seattle area, is in private practice at the Western Washington Medical Group Arthritis Clinic in Bothell, Wash.

Rheumatoid arthritis is an autoimmune disease in which a person’s immune system attacks the joints and other organs. It is often painful and can be disabling. There is no cure, but medications can reduce joint pain and swelling and slow progression of joint damage. But many of these drugs have troubling side effects, including suppression of the immune system.

In the study, a small electronic device is placed around the left vagus nerve, one of two vagus nerves that travel from brain through the chest and abdomen to connect with many organs, including the heart, lung, and gut. Studies in animals and humans have shown that applying a low-voltage electric current to the vagus can reduce levels of inflammation-provoking proteins, called cytokines, that immune cells produce.

The device is inserted around the vagus through a small incision in the neck, said Dr. Andrew Ko, UW associate professor of neurological surgery, who is performing the surgeries.

“It’s about the size of a vitamin tablet and can be controlled and recharged remotely, so it can be implanted without wires,” he said.

Previous research has shown that such devices need to be activated for only a brief time — about a minute — to modulate the immune system, said Ko.

“These low-voltage stimulations will be administered at night while patients are asleep, so they won’t even notice it,”  he said. The battery is recharged wirelessly by a collar-like device that is worn around the neck for about one hour a week.

Ko said the surgery is a well-established procedure:

“Stimulation of the vagus nerve with similar devices is something we have done for the control of epilepsy for decades,” he said.

The trial is open to patients who were diagnosed with rheumatoid arthritis in adulthood, who have active, moderate to severe disease, and who have had an unsatisfactory response or intolerance to treatments with class of drugs called biologic or targeted synthetic disease-modifying anti-rheumatic drugs, also called DMARDS. A total of 250 patients will be recruited by the 40 sites participating in the trial.

The study will be double-blind, meaning neither the patients nor the doctors will know to which group the enrollees have been assigned. The patients will then be followed for 12 weeks, and the severity of their rheumatoid arthritis assessed. At the end of the 12 weeks, the study will be unblinded so the severity of the rheumatoid arthritis and the frequency of any side effects between the treated and untreated groups can be compared.

After the 12th week, stimulations will begin in the patients in the control group as well. Both groups will be followed for about three years to assess long-term safety and effectiveness.

“Rheumatoid arthritis was chosen to study because it is well characterized and there are established ways to track its severity,” said Ko, “but if this novel approach proves effective, it may work for other autoimmune diseases as well.”

The trial is called the Vagus Nerve Stimulation for Moderate to Severe Rheumatoid Arthritis (RESET-RA). The study is sponsored by the device’s developer SetPoint Medical Corporation in Valencia, California. The study’s ClinicalTrials.gov Identifier is NCT04539964. The device is called the MicroRegulator.

For information about enrolling in the trial, contact Kathryn Lockhart at the Western Washington Medical Group Arthritis Clinic: klockhart@wwmedgroup.com