Anyone can learn suicide-intervention tactics

Anyone can learn suicide-intervention tactics 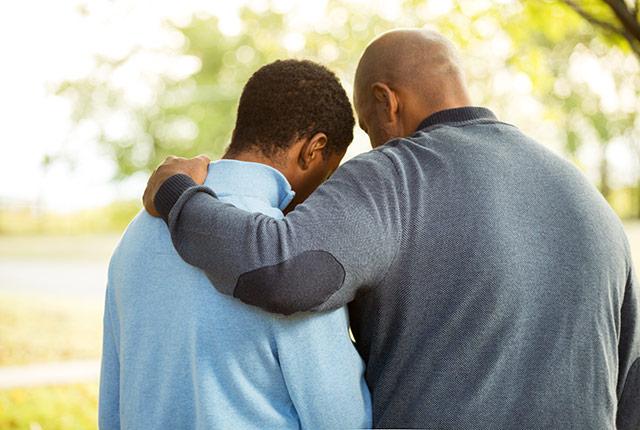 New data from the Centers for Disease Control and Prevention show a troubling 56% increase in the risk of suicide among young people ages 10 to 24 over a 10-year period.

In this group of children, teens and young adults, the rate of suicide rose from 6.8 per 100,000 people in 2007 to 10.6 in 2017, the most recent year for which data is available. The decade-long rise was evident across racial and ethnic groups.

The causes of the overall increase are unknown, but families can take steps to protect loved ones who might be contemplating suicide.

Suicide-prevention researcher Christopher DeCou, a core member at UW Medicine’s Harborview Injury Prevention & Research Center, says the thought process that leads to suicide attempts can be understood in a way that promotes prevention.

“Suicide is an inherently complex and fearsome behavior. A suicide attempt is typically preceded by many decisions and actions, and involves tremendous physical and psychological pain and discomfort. Suicide risk is a process that unfolds over time. The good news is that there are opportunities to intervene and change the trajectory of suicide risk,” he said.

Decades of research have identified red flags common among people considering suicide. These include talking about or researching ways to die; feeling hopeless, trapped, or burdensome; exhibiting changes in personality and sleep; showing rage; or withdrawing from friends and activities.

DeCou, who is also a researcher at Forefront, emphasizes asking about suicide and removing access to potentially dangerous objects, such as firearms and medication, that might be used in a suicide attempt.

“If you are concerned someone is thinking about suicide, it’s OK to ask them directly. Research has found that direct questions about suicide don’t harm the individual. Your question may be the first time they have permission to share the secret they haven’t been able to tell anyone in their life,” DeCou said. “If they say yes, you should also ask specific questions: Do you have a plan? What can I remove to prevent that plan?”

Removing or locking up dangerous items (guns, medications) is important. DeCou noted that studies have shown that people considering suicide tend to focus on a specific method. If they cannot access that method, they will rarely substitute a different one.

“Above all, preventing suicide is about ensuring that people at risk receive the best possible care, rather than focusing on predicting the future,” he said. “Imagine if we tried to prevent house fires by predicting which homes were likely to burn down – and parked fire trucks in front of those homes. That would be a poor strategy for reducing house fires.

“In the same way, focusing on efforts to predict someone’s ultimate risk of death by suicide may distract all of us from offering care and concern, safer environments, and suicide-specific care that can reduce anyone’s risk of hurting or killing themselves.”

If you or someone you know is considering suicide, call the Suicide Prevention Lifeline at (800) 273-8255. In King County, you can also call Crisis Connections at 211. More information is available from Forefront and from the Harborview Injury Prevention & Research Center.