AED benefit is clear in athletes with sudden cardiac arrest

AED benefit is clear in athletes with sudden cardiac arrest 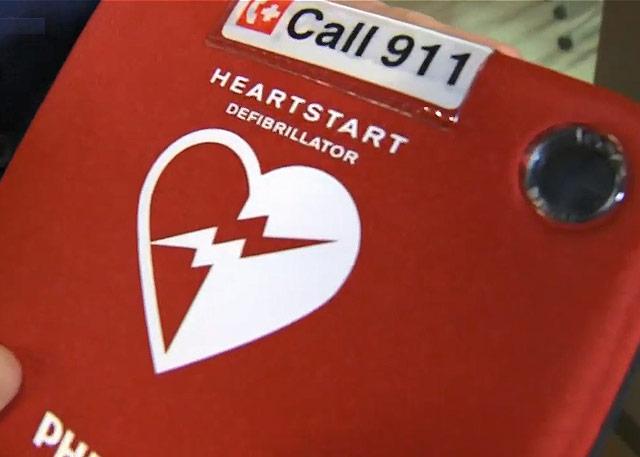 KING-5
In the study, athletes whose resuscitation involved an AED had a much higher survival rate than those whose did not.

The research, published in Sports Health, was led by Jonathan Drezner, a professor of family medicine at the University of Washington School of Medicine. He directs UW Medicine’s Center for Sports Cardiology.

The study encompassed 132 events of sudden cardiac arrest during a two-year span across the United States. The athletes’ average age was 16, and nearly all events (93 percent) were witnessed by bystanders. Among the athletes, 64 (48 percent) survived. But in the subset of cases in which an automated external defibrillator (AED) was onsite and used during resuscitation, 89 percent survived.

“Exercise-related sudden cardiac arrest is almost always a survivable event when you have prompt recognition by witnesses, proper resuscitation and an AED close by,” Drezner said. “Forty-eight percent is far better than the overall survival rate for sudden cardiac arrest in the U.S. But this data tells me that a lot of young athletes we should be saving are dying.”

Drezner has advocated for more public funding for AEDs in high schools in Seattle and Washington state, and has facilitated free electrocardiogram (EKG) screenings of thousands of high school athletes.

Getting AEDs placed at school gyms and playfields, and ensuring that coaches and athletic trainers are familiar with signs of cardiac arrest, will create the life-saving possibilities that young athletes deserve, he said.

“We should be better prepared than we are. These are our kids,” he said.

“We can hypothesize that the reason is that there are more minorities in schools with fewer resources, and socioeconomic disparities result in fewer AEDs and athletic trainers onsite in schools mostly populated by minority students. We’re trying to get more granular details about this racial disparity to bring it to light so we can change it,” Drezner said.