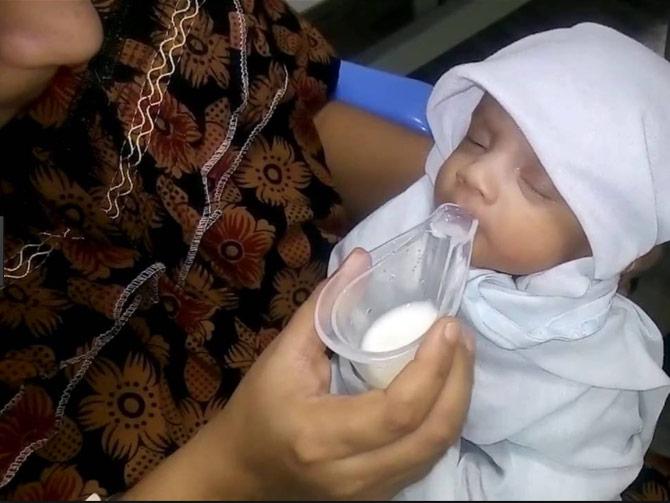 Courtesy of Seattle Children's
The NIFTY Cup for children with cleft palates was developed with help from the UW's Institute for Translational Health Sciences.

The National Institutes of Health (NIH), which distributes $30+ billion a year in federal funds to biomedical research, in late summer was awarded a $57 million grant to UW Medicine’s Institute of Translational Health Sciences (ITHS).

Perhaps surprisingly, the ITHS, one of 64 such sites funded, doesn’t conduct research itself.  In one way, it’s like a concierge at the Hotel Science, connecting investigators with the resources they need. It also provides training, facilities, and funding to speed the traditionally slow pace by which study findings become bona fide healthcare improvements. Ergo the “translational” label.

“Health issues are complex, so it makes sense to have scientists, clinicians, engineers, and communities working together and not in silos. Part of what we do is make those collaborations happen,” said Dr. Nora Disis, the institute’s director.  “Since 2007, ITHS supported the research of more than 6,500 investigators and worked with almost 200 organizations across our five-state region (Washington, Wyoming, Alaska, Montana and Idaho).”

Examples: Christy McKinney’s developing of the NIFTY Cup for kids with cleft palates. Nathan White’s process for blood clotting. Cathy Yeung’s contributions to the “kidney on a chip” system.

ITHS also has created a network between researchers and 60 primary-care practices across WWAMI – to better ensure that advances in science “really do improve the health of our communities,” Disis said.

Details on the ITHS' award here.   Email us if you'd like to speak with Dr. Nora Disis or a scientist who has worked with ITHS.