The National Collaborative for Gun Violence Research, a private nonprofit, is funding a two-year study to collect data on nonlethal firearm injuries. 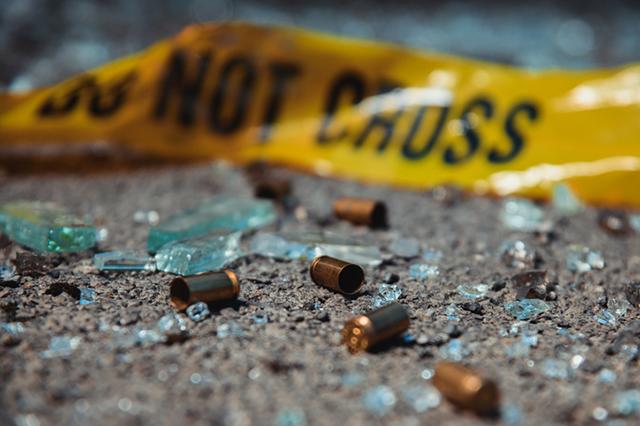 Getty Images
Gun violence is one of the five leading causes of death among Americans ages 1 to 64.

Momentum is building to research how to reduce gun deaths in our country. One of the big information gaps is now being funded -- the circumstances of nonfatal firearm injuries.

The National Collaborative for Gun Violence Research, a private nonprofit, is funding a two-year study to collect data from trauma centers around the country.

The study will be led by four investigators, including firearm-safety expert Dr. Frederick Rivara, a professor of pediatrics at the University of Washington School of Medicine. Rivara co-founded the Harborview Injury and Prevention Research Center in 1985, and both he and the center have been prominent voices in injury prevention.

Rivara said the research will analyze data from 150 to 200 trauma centers starting Sept. 1.

“This study will really provide researchers around the country resources to understand the burden of firearm injuries and outcomes,” he said. “About one-third of patients are treated and released from the emergency department – an important patient population whose outcomes are not routinely captured."

The grant was awarded to the American College of Surgeons Committee on Trauma. Dr. Eileen Bulger, chief of trauma at UW Medicine's Harborview Medical Center, chairs the committee.

Bulger said the study is an expansion of work supported by the American College of Surgeons Trauma Quality Improvement Project, which collects data from patients admitted at more than 800 trauma centers.

The study has two goals, Bulger said. The first is to estimate the incidence of nonfatal firearm injuries nationally from a representative group of trauma centers. The second is to get more detailed information about the details surrounding the injury and the risk factors for firearm injuries.

“We need to understand risk factors so we can develop injury prevention strategies,” she said.

Bulger said the study is part of a remarkable year in funding for firearms research. The Centers for Disease Control and Prevention and the National Institutes of Health each have been appropriated $25 million to research gun violence.

“There is a growing recognition at the federal level that, if we are going to solve the problem of gun violence, we cannot tie the hands of researchers,” Bulger said. “Research gives us a better sense of what is going to work and what is not going to work.”

The study comes as Harborview Medical Center reported treating 28 more gunshot victims in June and July this year versus the same time span last year.  The violence leaves a trail of emotional turmoil and pain for many families.

Seattle news station KCPQ-TV talked to two families who lost sons since May. Shalone Barnett lost her only child, Adriel, when someone opened fire at a gas station in the Central District in July. He was 18 and had aspirations to become an engineer after graduating from high school.

Alicia Dassa lost her son, Connor, in a drive-by shooting on Mother’s Day. Connor Dassa-Holland, a UW freshman who had plans to become a lawyer, was the class president at Rainier Beach High School and a youth track coach for the Rainier Beach Track Club.

Andrew Morral, director of the funding collaborative, noted that during the COVID-19 pandemic, sales of both firearms and deaths from gun violence have increased across the country.

The National Collaborative for Gun Violence Research was seeded with a $20 million grant from Arnold Ventures and has been supported by contributions from other organizations, including Wells Fargo, Missouri Foundation for Health, the Conrad N. Hilton Foundation, and the Harry Frank Guggenheim Foundation. It funds scientific research with direct relevance to firearm-violence reduction in the United States.