Harm-reduction treatment is effective for alcohol-use disorder among homeless people. 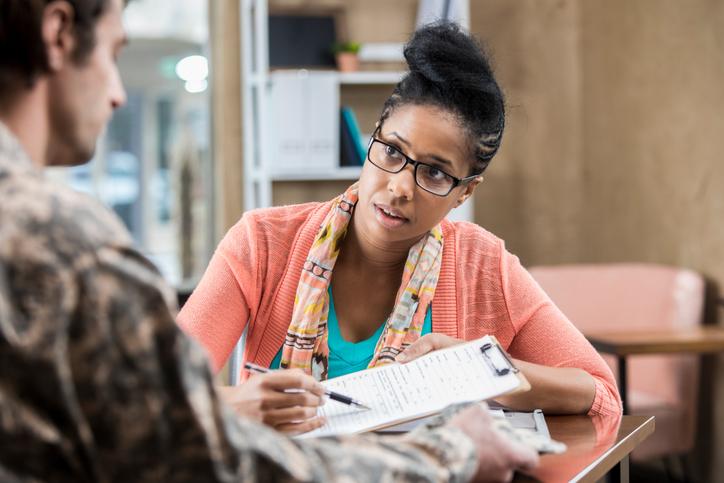 When it comes to treating addiction, why not ask the people using the substance what would be most helpful? That was the premise behind a study of 168 homeless people in Seattle who struggle with alcohol-use disorder.

A randomized controlled trial found that participants taking charge of their addiction, with compassionate help, were significantly more likely to make positive changes in their alcohol use.

“People inherently know how to take care of themselves,” said lead author Susan Collins, associate professor of psychiatry and behavioral sciences  at the University of Washington School of Medicine, She also co-directs the Harm Reduction Research and Treatment Center at Harborview Medical Center.

“If we can support them as providers, the changes they are making could be more sustainable and realistic," she said.

Harm-reduction treatment helps people with substance abuse improve their lives by supporting their goals and encouraging  them to engage in safer use if they are not ready, willing, or able to stop abusing alcohol or other substances.

The study, published March 8 in the International Journal of Drug Policy, is the first randomized controlled trial of a harm-reduction treatment for alcohol-use disorder, said Collins.

Findings over the three-month period showed significant reductions in participants’ alcohol use (-66 percent), alcohol-related problems (-71 percent), and number of alcohol-use disorder symptoms (-63 percent). Even though the approach does not push abstinence from alcohol, positive urine tests for alcohol decreased by 20 percent for people who received the treatment

In this study, researchers co-designed a treatment program with a community advisory board made up of staff, management, and local members at Downtown Emergency Service Center’s supportive permananet housing at 1811 Eastlake. The program is based on suggestions from 50 people who experienced homelessness and alcohol-use disorder. Collins said 94 percent of those interviewed favored harm-reduction over an abstinence program.

Researchers met with participants for three consecutive weeks, then after one month, and finally after three months.  During the treatment sessions, participants were told: “We won’t ask you to change your drinking.” Instead, they were asked: “What do you want to see happen for yourself?”

Collins said a prior study had indicated just 5 percent wanted to stay sober.  In this trial, participants had other goals, like reducing their drinking, reconnecting with their children, or restricting their substance use while engaging in meaningful activities, including creating art or going to the library.

Participants created their own metrics for success.  For some it was about feeling better and having fewer blackouts or seizures.

Participants also brainstormed ways they could stay safer when drinking, such as using known strategies, like eating before drinking and taking B-complex vitamins. Collins said severe alcohol-use disorder leaches the body of nutrients. Often when people drink alcohol heavily, they forget to eat.

Researchers said future studies need to test how effective this treatment is for the long term. Collins and her colleagues are already conducting harm-reduction trainings all over the state, including Bellingham, Everett, Moses Lake, and Federal Way.

In October, a harm-reduction treatment option was added to the Harborview Mental Health and Addictions Outpatient Clinic.