Phthalates linked to changes in gene activity in placenta

Phthalates linked to changes in gene activity in placenta

Previous research has associated the chemicals, found in many consumer products, with pregnancy complications and abnormal child development. 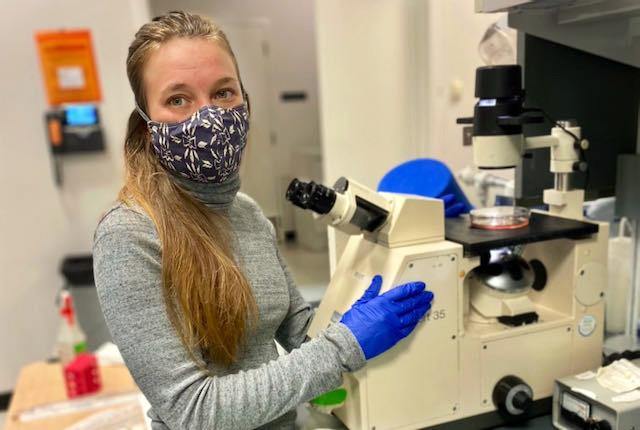 Placentas of infants whose mothers who were exposed to higher levels of phthalates during pregnancy had changes in the activity of more than three dozen placental genes, including genes involved in key biochemical pathways, researchers from University of Washington (UW) School of Medicine in Seattle have found.

Phthalates are called endocrine disrupters because they are known to interfere with normal hormone function, and exposure phthalates has been linked to an increased risk of pregnancy complications and abnormal fetal and child development.

“We know that phthalate exposure in pregnancy is associated with numerous adverse child health outcomes, including premature birth and behavioral changes in early childhood,” said Alison Paquette, a UW assistant professor of pediatrics and lead author on the study. “In this study, we attempt to identify mechanisms that may help explain the associations we see between prenatal phthalate exposure and child health outcomes.”

Phthalates are found in a wide range of products, including plastic bottles, personal care products, such as soaps, shampoos, and conditioners, even in pacifiers and infants’ teething toys. “They’re difficult to avoid because they’re in so many products,” Paquette said.

In the new study, published in Environmental Health Perspectives, Paquette and her co-investigators looked at what effect of a mother’s exposure to phthalates during pregnancy had on the gene activity in the placenta.

The placenta is a key fetal organ that connects the developing fetus to the wall of the mother’s uterus. It transfers oxygen and nutrients from the mother’s blood to the fetus, supporting the fetus as it develops, synthesizes essential molecular building blocks the fetus needs to grow, and plays a key role in the hormonal communication between the fetus and the mother during pregnancy.

“The placenta is the most important organ during pregnancy, sustaining the fetus as its own organs develop and grow,” Paquette said.

The investigators measured levels of 16 phthalates in urine samples collected from the expectant mothers during the second and third trimesters. Then, during the deliveries, the placenta was collected for study.

The participants are part of a project called the Conditions Affecting Neurocognitive Development and Learning in Early Childhood (CANDLE) study, being conducted in Shelby County, Tenn. Seven hundred and sixty women participated in the placental gene study. Their ages ranged from 16-40 years. The majority are Black.

The researchers used a technique to measure the activity of every gene in the placental cells. Genes contain the DNA instructions a cell uses to synthesize proteins. Those proteins, in turn, determine how cells function, grow and develop. Therefore, by measuring a gene’s activity, or its expression, it is possible to gauge a tissue’s production of specific proteins. This provides clues to changes in cell function.

The researchers found that higher levels of some phthalates in the mothers’ urine were associated with changes in the activity of 38 genes. At some higher levels, gene activity increased, in others, activity decreased. The changes in gene expression differed between placenta of male and female infants, suggesting phthalates have different effects on sexes.

“Our findings,” said Paquette, “suggest exposure to phthalates during pregnancy is associated with changes in gene expression in the placenta. Such changes could affect placental functioning that lead to complications in pregnancy, such as premature birth or miscarriage, and changes in fetal growth and development.”

Key contributors to the paper were Dr. Sheela Sathyanarayana, who led the project with Dr. Catherine Karr. Both are professors of pediatrics.