Detail like never before: 3-D printing of body structures

Detail like never before: 3-D printing of body structures 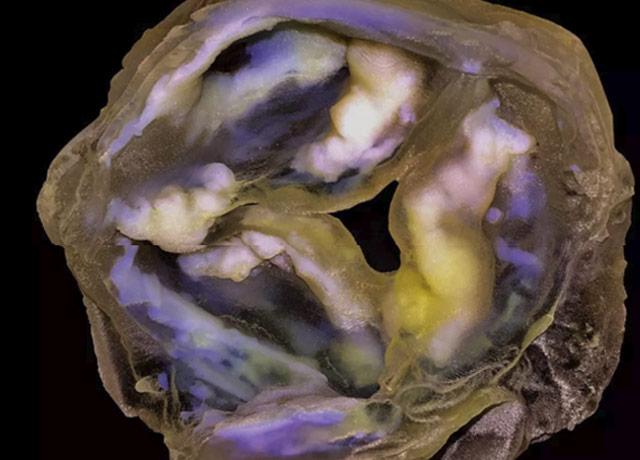 3-D printing has made clear its benefit to medicine: Models that show, in exact dimension and orientation, a patient's tumor or blood-vessel mass or failing aortic valve can enable surgeons to plan approaches and anticipate complications.

"Imagine you get a chest CT scan done, and your cardiologist is specifically interested in the details of your heart. That CT scan includes your heart but also your lungs, muscles, ribs, blood vessels – all of those other structures. Someone has to be able to identify what’s important and exclude everything else in the scan from being printed. It involves tracing out the heart in every slice of the CT scan, which can comprise thousands of images. Something like that can take 10 painstaking hours," Ripley says.

She was a collaborator in a recent study, led by Harvard University, that tested new technology to recognize and define anatomic structures in 2-D and translate them to 3-D. Ripley was involved to review the technology’s clinical value and how it could fit into a radiologist’s workflow.

The resulting models – including one researcher's brain tumor, before it was removed – are spectacularly detailed. Ripley described the new technology as having a greater capacity to discern and discriminate images, akin to the Magic Wand tool in Adobe Photoshop, the photo-editing application.

"This technology keeps all of the patient’s information in a scan but visually weighs it differently in order to highlight what’s most important. It’s faster and in some ways it’s a lot more accurate, too, depending on what you’re trying to do," Ripley said.

The technology, she said, increased the speed of the process by saving radiologists from having to trace out the data, and removed the component of human bias from those steps.

Read the Harvard Gazette’s story, with terrific photos, on the innovation.