Agency seeks public comment until Nov. 23; recommendation is based on disease's increasing incidence in people under 50. 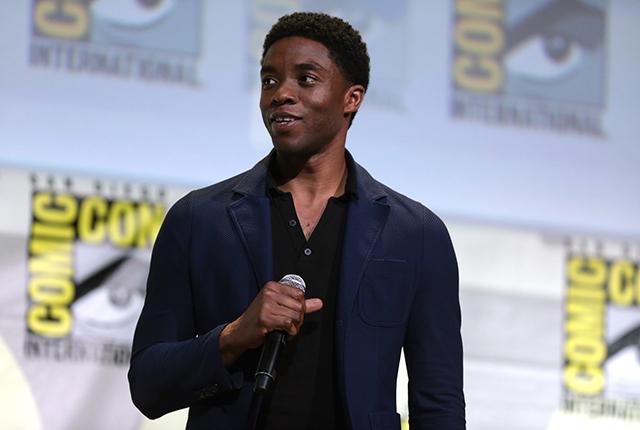 Gage Skidmore via Wikimedia Commons
Pictured in 2016 is the actor Chadwick Boseman. He died this year at age 43, after battling colon cancer for four years.

This time next year, colonoscopies for 45-year-olds could be the new normal.  The U.S. Preventive Services Task Force (USPSTF) has recommended colorectal cancer screenings for people ages 45 to 49, pointing to evidence that colorectal cancer incidence in 45-year-old adults now approaches that of people who were age 50 when screening guidance was first issued in the 1990’s.

The USPSTF, an independent panel of medical experts, is seeking public comment until Nov. 23. The agency will review input and finalize its guidance over the next several months, suggested Dr. Rachel Issaka, a gastroenterologist with UW Medicine and a health services researcher with the Fred Hutchinson Cancer Research Center.

Issaka said the draft recommendation is based on a combination of modeling and population-level data and is likely to be approved. Since the early 2000’s, incidence among people 45 to 49 has increased about 2% per year, and about 1 in 10 people diagnosed with colorectal cancer is under age 50.

“To be clear, few people will rush into the gastroenterologist’s office on the day they turn 45,” Issaka said. “But we hope this will help diagnose cancers in those 45 to 49 and, more importantly, increase screening participation among those over age 50, a demographic that has the highest incidence of colon cancer and highest mortality – but screening rates are low. By reducing the screening age, hopefully you capture more people as they’re entering 50 than you ever did before.”

Based on the strength of evidence in medical literature, the USPSTF assigns letter grades A, B, C, or D to its recommendations for preventive care. Grade A and B treatments and procedures are covered by Medicare and by private insurers. Grade A evidence supports colonoscopies in the 50-75 age range, while evidence for the procedure at ages 45 to 49 is said to be Grade B.

“I have certainly seen young people with colon cancer in my practice, and it’s shocking to everyone involved,” Issaka said. “One common theme is that younger people, under the age of 50, may have symptoms suggestive of colon cancer like bleeding, abdominal pain, and weight loss. Those individuals oftentimes delay seeking care for those symptoms or are even initially dismissed by providers because of the thought that cancer cannot happen in someone so young.”

These cases are doubly lamentable because, when colon cancer is discovered in the early stage, over 90% of people survive five years or more. “So it's really important that we evaluate those symptoms early,” Issaka said.

The death this year of actor Chadwick Boseman, at age 43, highlighted colon cancer’s growing specter among younger people as well as its outsize role in the Black community. In the United States, Black people are 20% more likely than other racial/ethnic groups to be diagnosed with the disease and about 40% more likely to die from it. African Americans also have one of the lower screening rates, Issaka added. “This recommendation, if finalized, will mean insurers will have to cover the cost of screening, which will eliminate a common barrier to screening for Black people.”

The USPSTF’s recommendation, if finalized as drafted, would make 22 million Americans immediately eligible for screening – a volume that exceeds the colonoscopy capacity of U.S. healthcare providers today, Issaka said.

“We’ll have to figure out a way to balance screening these newly eligible individuals while not taking resources away from those who are over 50 and at the highest risk. Health systems and individuals involved in screening will have to pay particular attention to not worsen the existing disparities.”

The recommendation likely will spur greater use of noninvasive screening tests, including the fecal immunochemical test. Noninvasive tests should be considered the first step of a two-step screening process, Issaka said, because anyone with an abnormal noninvasive result should expect to have a colonoscopy. People who want to explore that approach should discuss options with their prescribing physician.

[Editor's note: The photo of Chadwick Boseman was originally published on Flickr by Gage Skidmore. It is reprinted here under terms of Creative Commons ShareAlike 2.0 license.]