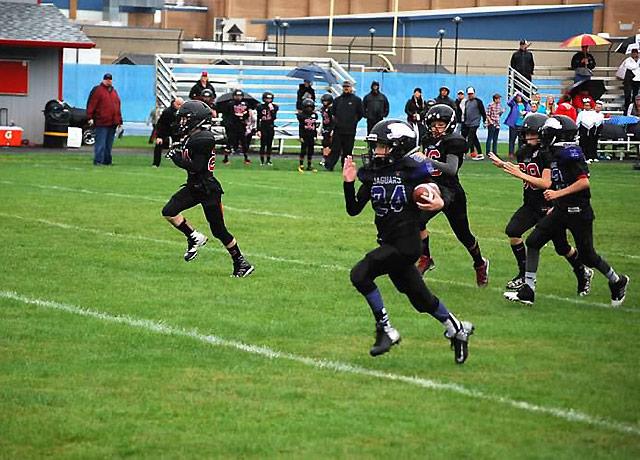 UW Medicine’s Sports Health and Safety Institute and Seattle Children’s Research Institute are partnering on a longitudinal study of concussions among players enrolled in the Northwest Junior Football League.

The goal is to identify the proportion of grade-school and middle-school football players who sustain a concussion, as well as document the concussion’s effects and the factors that influence recovery and re-injury in players who have reported injuries.

The researchers also will track how long it takes concussed youths to return to school, return to sports and return to the way they felt before the injury.

“This research will generate data that we hope will help us understand when, how and why concussions occur in young football players,” said Dr. Stanley Herring, director of the Sports Health and Safety Institute and co-medical director of the UW Medicine Sports Concussion Program. “Our goal is to give families information that is supported by data so they can make informed decisions about what sports their children should play.”

Herring is co-leading the two-year study with Dr. Fred Rivara, professor of pediatrics at the University of Washington School of Medicine and an investigator at Seattle Children's Research Institute. Both are nationally recognized experts on head injuries in young athletes.

During the 10-week 2016 season, researchers identified concussions among 5.9 percent of the 700 players, ages 7 to 14, who participated in the study. Study sponsors have paid for licensed athletic trainers from Seattle Children’s to be onsite at all league games and practices during the 2016 and 2017 seasons. In the fall of 2017, trainers will log more than 600 total hours. The trainers treat and record concussions, provide general injury care, and educate coaches and parents on topics such as head injuries, hydration and nutrition.

“This is a major gain for players, coaches and parents to have such a qualified medical resource onsite,” said Rivara. “The athletic trainers play a critical role in ensuring our data is highly accurate. It is a win for everyone involved in making the season a positive experience for these young people.”