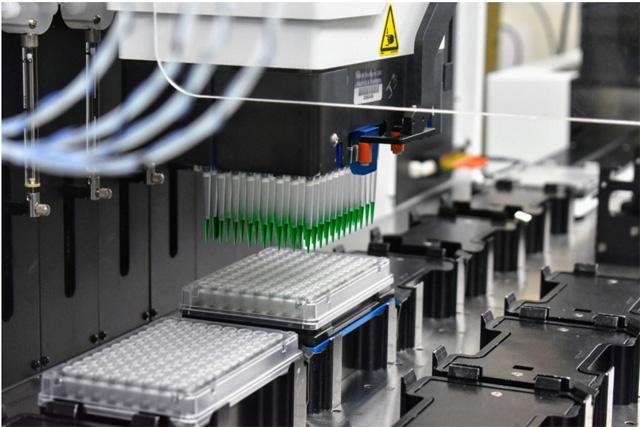 A Trans-omics for Precision Medicine, or TOPMed, program initial report, covering a large-scale sequencing study of more than 53,800 diverse human genomes, was released today.  The findings appear in the journal Nature.

The overarching goal of TOPMed is to advance a more individualized, tailored approach to assessing risk for and diagnosing and treating common, debilitating diseases. These include heart, lung, blood and sleep disorders.

The program’s participant selection attempts to represent populations with ancestral origins in Africa, Asia, the Americas, Europe, as well as some other specific groups,such as the Amish, who marry within their religion.

The project's early report highlights that more than 400 million genomic variants appear among its study participants.  While the total is large, many of the variants are rare.  The scientists discuss analyzing variants to understand which parts of the human genome are prone to variations.

Related studies could also glean knowledge on mutational processes, population genetics and demographics, and human evolution.  Combined with clinical and biological data, variant analysis may lead to clues to genetic susceptibility or resistance to a myriad of conditions, and perhaps to treatment response.

Nearly a thousand researchers from universities and scientific institutes across the country collaborate on the TOPMed program.

The study in the Feb. 10 Nature paper included significant expert contributions and national data coordination from the University of Washington School of Public Health’s Department of Biostatistics, as well as genomic expertise and technologies from the UW School of Medicine’s Department of Genome Sciences, the Northwest Genomics Center, and the Brotman Baty Institute for Precision Medicine.  Clinical scientists from the UW also provided specific assistance.