In Washington state, 42% of respondents said they had used the dangerous opioid in the previous 3 months. 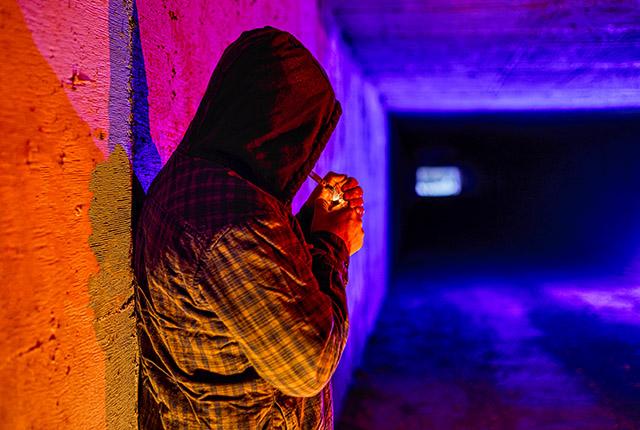 Getty Images
81% of survey respondents said they had smoked a drug (excluding tobacco and cannabis) in the previous three months.

Use of the illicitly produced opioid fentanyl has surged by a “stunning” extent in Washington, said the lead researcher involved in a survey of nearly 1,000 people who use syringe-service program sites across the state.

According to the newly published survey findings, 42% of the respondents said they had used fentanyl in the previous three months, up from 18% in 2019.

“I've been doing drug-trends research for 20 years, and fentanyl’s growth is the biggest, fastest shift we've ever seen—and also the most lethal,” said Caleb Banta-Green. He is principal research scientist at the Addictions, Drug & Alcohol Institute (ADAI) in the University of Washington School of Medicine.

The biennial Syringe Service Programs health survey is Washington state’s primary source for understanding substance-use patterns, health behaviors and needs of people who use syringe-service programs.  This report’s detailed data, collected in fall 2021, reflects the habits and lives of 955 respondents whom Banta-Green describes as “a diverse group of people who use drugs for an array of reasons, with a range of severity.”

Illegally manufactured fentanyl is often counterfeited to resemble oxycodone pills. It is fast-acting and dangerously potent: 50 to 100 times stronger than morphine. In 2020, fentanyl overtook methamphetamine as the drug most involved in overdoses in Washington state.

According to the new survey results, among the respondents who reported using fentanyl in the three months prior, two-thirds said they had used it knowingly. This is a significant change from several years ago, when most fentanyl use was unintentional, Banta-Green said.

Another important part of this shift is that the majority of people who use fentanyl today smoke it.  This aligns with respondents’ reported high rate of smoking drugs broadly: 81% of respondents said they had smoked a drug (excluding tobacco and cannabis) in the previous three months.

“This matters because the majority of people dying now from overdoses are smoking drugs. Yet almost all of our harm-reduction services have been aimed at people who inject drugs. So we need to figure out how to recast harm-reduction programs to engage with people who smoke drugs,” Banta-Green said.

Last year the Washington Legislature passed a law that changed criminal penalties for drugs and decriminalized possession of drug-smoking equipment. This poses an opportunity, Banta-Green said, to make people who smoke drugs aware of other healthcare services and, subsequently, to introduce them to addiction treatment.

“Smoking drugs means they will inject less often, which also means there’s less syringes and syringe litter in the community. By providing more comprehensive services and supplies to those who use drugs we are able to engage with and support a much larger proportion of the population,” Banta-Green said.

Due to the nature of the survey, he hastened to add, the findings do not represent the volumes of people who have successfully stopped using drugs, are in treatment and who are in recovery.

“This report is not the sum total of what’s going on among people using substances. Some people go back and forth between being in treatment and using drugs; it's fluid and dynamic. Providing medication at syringe-exchange sites has been incredibly fruitful. We've gotten a lot of people stabilized on treatment medications and greatly improved people’s access to naloxone (the overdose antidote).”

The project team’s qualitative interviews last year provide insights into why and how people want to reduce their substance use.