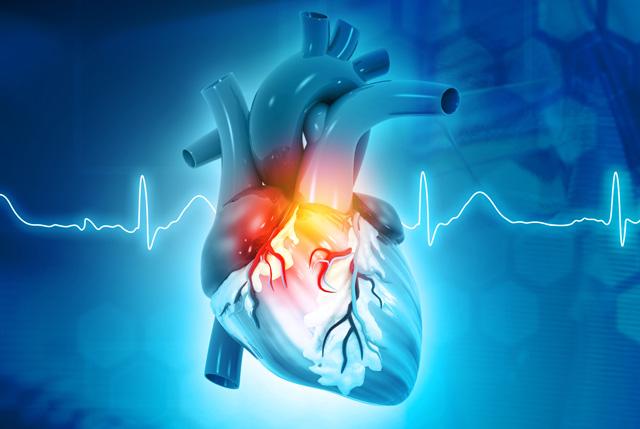 Scientists have revealed a mechanism that causes heart cells to age and identified a drug that can rejuvenate them, according to a study published today in eLife.  The drug is now in clinical trials.

The results provide the first direct evidence that aging increases proton leakage in heart cells. The findings could lead to new treatments to shore up the leaky membranes and restore heart function.

The eLife paper is titled, Reduction of elevated proton leak rejuvenates mitochondria in the aged cardiomyocyte.

The tiny cellular powerhouses known as mitochondria produce the energy the heart needs to beat and pump blood effectively. They achieve this through a precisely controlled process involving the movement of protons – a type of charged particle -- across their inner membranes. If mitochondria start to leak protons, they become much less energy efficient and consume excessive oxygen.

“Increased mitochondrial proton leak has been found in various organs, including the heart, but its functional significance, and exactly where the protons leak from, has remained unclear,” explains lead author Huiliang Zhang, an acting instructor in laboratory medicine and pathology at the University of Washington School of Medicine.  He is also a researcher in the school’s Nathan Shock Center for Excellence in the Basic Biology of Aging.

“We set out to investigate whether a drug that improves heart function, called elamipretide (SS-31), has beneficial effects on aging heart cells and the mitochondrial proton leak,” he said.

Next, they tested whether elamipretide could protect against mitochondrial stress caused by an increased proton gradient across the inner membrane. In aged cells, the natural resistance of heart cells to changes in pH was reduced, but treatment with elamipretide restored it. This provided the first direct evidence that aging increases proton leak in the mitochondria inner membrane.

To find out exactly where the protons were leaking from, the team turned their attention to a molecule called adenine nucleotide translocase, or ANT, a crucial transport molecule in mitochondria recently implicated as the source of proton leaks in several other tissues. To test this molecule’s involvement in the observed proton leak, the team repeated their first experiments with two chemicals that block ANT. In the absence of ANT function, the mitochondria had no excess proton leak, and the heart cells were more resistant to pH stress. These observations implicate this molecule as the source of the proton leak

“Although previous studies have suggested the aged heart might have increased mitochondrial proton leak, the site of this leak has remained a puzzle,” concludes senior author Peter Rabinovitch, co-director of the Nathan Shock Center for Excellence in the Basic Biology of Aging and a UW medical school professor of laboratory medicine and pathology. “We’ve now shown that protons leak in aged heart cells via ANT, and that blocking this leak with a novel drug, now in clinical trials, rejuvenates mitochondria function and reverses aging heart dysfunction.”

The authors add that their work provides the mechanistic basis for the functional benefits of elamipretide to the aging heart. Those benefits were reported in a previous eLife paper. Late-life restoration of mitochondrial reverses cardiac dysfuntion in old mice.

This study was carried out in collaboration with a licensee of elamipretide (SS-31), Stealth BioTherapeutics in Needham, Mass.