Among new resources are smartphone app, telemedicine clinic, and day-long course of instruction for loved ones on May 14. 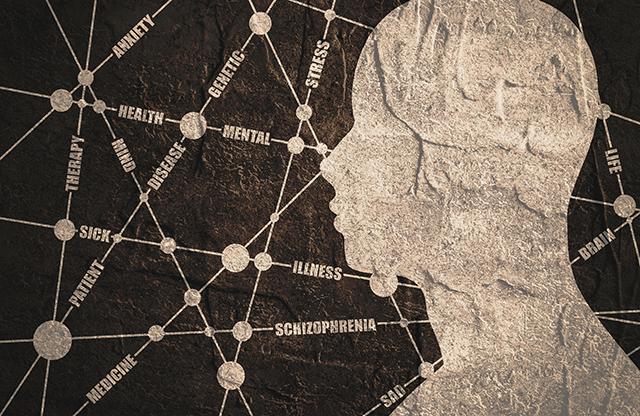 Getty Images
Nation's first program of evidence-based skills to people whose relatives or friends have psychotic illness being launched May 14.

When a loved one is going through a psychotic episode – experiencing a break with reality – it’s hard to know what to do. How do you communicate? How do you offer support?

All of this is welcome news for families in the trenches of psychosis.

“We all need to consider the challenges that exist for others and how we can help others thrive,” said Trez Buckland. Her son, Jon, was diagnosed with paranoid schizophrenia at age 17.

Schizophrenia is a thought disorder, which causes you to think things and experience things differently from the rest of the world. One of the defining criteria for schizophrenia is the presence of psychosis, a symptom of many mental disorders.

Trez Buckland said her son, in the past, believed gas stations were short-changing people with disabilities who paid cash for their gas. She said he still can hear negative and controlling voices, and have tactile hallucinations such as needles going into his neck, knives into his head and his hair being pulled. And that’s just a small window into his journey.

Buckland said she will be at the training on May 14 and wants to offer support to other families. Her son has learned effective coping strategies, she said, but he wants others in his life to understand what they can do to support him.

At least 100,000 young people are newly diagnosed with a psychotic disorder every year in the United States, according to the National Alliance on Mental Illness. In Washington state, an estimated 19,000 people were diagnosed with psychosis disorders in 2013, the latest figures available.

“The nature of how we treat psychosis has evolved tremendously over the past 20 years, said Sarah Kopelovich, UW assistant professor of psychiatry and behavioral sciences. She will be among the leaders of the training in May.

She said effective recovery involves mobilizing a clinical team and the affected person’s social and family network. That model, she said, should be standard practice within mental health systems.

“We want to provide patients well-researched strategies to help them cope with distressing symptoms and develop the life they want,” she said.