New genetic link found for some forms of SIDS

New genetic link found for some forms of SIDS

Newborns with this genetic mutation succumb suddenly to heart failure because they are unable to process milk. 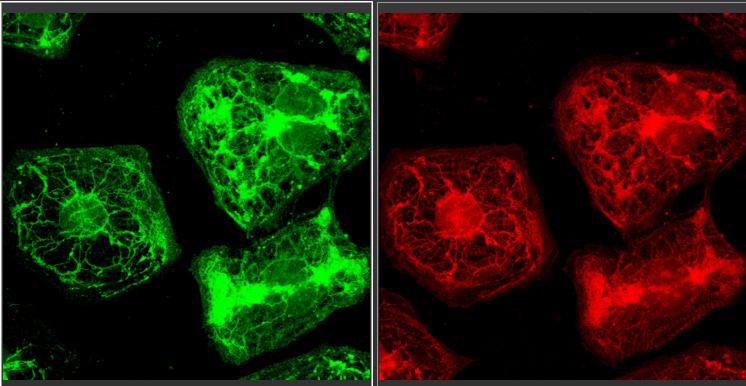 A genetic link has now been found for some instances of Sudden Infant Death Syndrome,  or SIDS. The new UW Medicine research study is the first such to make an explainable link tracking the mechanism between a genetic anomaly and some forms of the devastating syndrome, which claims the lives of more than 3,000 infants a year.

Hannele Ruohola-Baker, professor of biochemistry at the University of Washington School of Medicine, headed the multi-institutional study.  The findings are published in the Oct. 11 ediition of Nature Communications. See the paper.  The research  focused on mitochondrial tri-functional protein deficiency, a potentially fatal cardiac metabolic disorder caused by a genetic mutation in the gene HADHA.

Newborns with this genetic anomaly can’t metabolize the lipids found in milk, and die suddenly of cardiac arrest when they are a couple months old. Lipids are a category of molecules that include fats, cholesterol and fatty acids.

“There are multiple causes for sudden infant death syndrome,” said Ruohola-Baker, who is also associate director of the UW Medicine Institute for Stem Cell and Regenerative Medicine, where the lab she heads is located. “There are some causes which are environmental. But what we’re studying here is really a genetic cause of SIDS. In this particular case, it involves defect in the enzyme that breaks down fat.”

Jason Miklas, who earned his Ph.D. at the UW and is now a postdoctoral fellow at Stanford University, was the lead author on the paper. He said he first came up with the idea while researching heart disease. He noticed a small research study that had examined children who  couldn’t process fats and who had cardiac disease that  could not be readily explained.

So Miklas, along with Ruohola-Baker, started looking into why  heart cells, grown to mimic infant cells, were dying in the petri dish where they were being grown.

“If a child has a mutation, depending on the mutation the first few months of life can be very scary as the child may die suddenly,” he noted. “An autopsy wouldn’t necessarily pick up why the child passed but we think it might be due to the infant’s heart stopping to beat.”

“We’re no longer just trying to treat the symptoms of the disease,” Miklas added. “We’re trying find ways to treat the root problem. It’s very gratifying to see that we can make real progress in the lab toward interventions that could one day make their way to the clinic.”

In MTP deficiency, the heart cells of affected infants do not convert fats into nutrients properly, This results in a build-up of unprocessed fatty material that can disrupt heart functions. More technically, the breakdown occurs when enzymes fail to complete a process known as fatty acid oxidation. It is possible to screen for the genetic markers of MTP deficiency; but effective treatments are still a ways off.

Ruohola-Baker sees the latest laboratory discovery as a big step towards finding ways to overcome SIDS.

“There is no cure for this,” she said. “But there is now hope, because we’ve found a new aspect of this disease that will innovate generations of novel small molecules and designed proteins, which might help these patients in the future.”

One drug the group is focusing on now is Elamipretide, a drug used to stimulate hearts and organs that have oxygen deficiency,  but was barely considered for helping infant hearts, until now. In addition, prospective parents can be screened now, to see if there is a chance that they could have a child who might carry this genetic mutation.

Ruohola-Baker has a personal interest in this research, as one of her friends in her home country of Finland had a baby who died of SIDS.

“It was absolutely devastating for that couple,” she said. “Since then, I’ve been very interested in the causes for Sudden Infant Death Syndrome. It’s very exciting to think that our work may contribute to future treatments, and help for the heartbreak for the parents who find their children have these mutations.”

Downloadable Resources:
10/11/2019
Enzyme mutation linked to some cases of SIDS