After being informed of how they are evaluated, many physicians told surveyors that the pay-for-performance approach might change the way they practice. 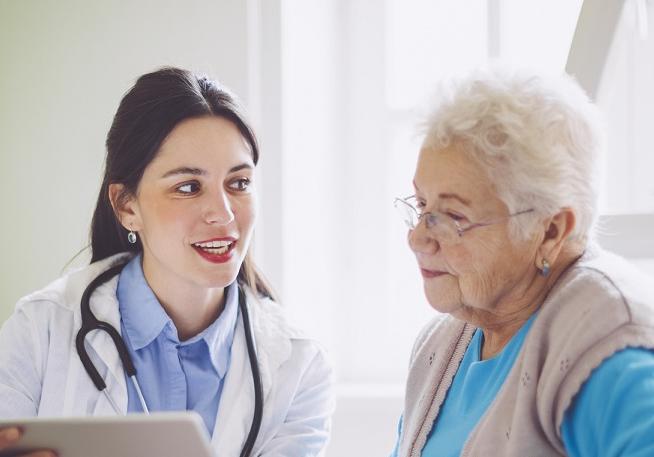 Getty Images
A survey reveals that physicians are concerned about the effects Medicare incentives will have on medical care of the elderly and on people who are disabled.

Most physicians treating Medicare patients don’t know how Medicare is evaluating and paying them. When informed, physicians worry Medicare’s approach could encourage physicians to “game the system,” according to a survey and analysis by researchers at UW Medicine in Seattle and the Leonard Davis Institute of Health Economics at the University of Pennsylvania. Their report appears today in  Health Affairs.

“We found a significant number of physicians believed that there could be unintended consequences under these pay-for-performance incentives,” said lead author Dr. Joshua Liao, associate medical director for contracting and value-based care at UW Medicine. He is an assistant professor of medicine in the University of Washington School of Medicine. He also directs the UW Medicine Value and Systems Science Lab, and is an adjunct senior fellow at the Leonard Davis Institute at UPenn.

Medicare is a federal health insurance program, with several distinct parts, for people over age 65 and for younger individuals with certain disabilities or chronic illnesses.  It is supported through payroll taxes, premiums, interest on its trust fund investments, and other sources. The  Centers for Medicaid and Medicare Services run the national program, which started in 1966 under the Social Security Administration.

The study by Liao and colleagues focused on Medicare’s Merit-based Incentive Payment System, or MIPS. Implemented in January 2017, the Merit-based Incentive Payment System is “the most expansive physician pay-for-performance program to date,” the paper notes. This payment system affects many physicians caring for patients in the traditional Medicare program nationwide.

Through its Merit-based Incentive Payment System, Medicare compensates physicians based on performance in four areas:

The study by Liao and colleagues, surveyed 700 internal medicine physicians around the country.. While most doctors didn’t think the Merit-based Incentive Payment System focus areas were bad concepts, notable numbers also expressed concerned about the policy’s ability to achieve its goal of improving the value of patient care.  Doctors also generally disagreed with how Medicare weighted the four areas.

Liao said of greatest concern is the belief among doctors that Merit-based Incentive Payment System could have negative unintended consequences for patient care:

These findings, together with the fact that more than 60 percent of doctors report little to no familiarity with Merit-based Incentive Payment System, create a challenging quandary. Doctors should provide feedback about these concerns to Medicare, but most do not know enough about the policy to perhaps even recognize the need to comment

“These findings indicate there is an immediate and urgent need to continue educating physicians about MIPS requirements,” Liao said. “Medicare should ask doctors what they think because we clearly found many physicians question where MIPS will really improve quality of care.”

Not all doctors, however, have the same awareness about payment reforms. Typically, those who own or run small practices are more aware of and sensitive to policy changes than are doctors who might work for, say, a health care system. Consequently, Liao and colleagues offer advice on how policymakers might target education to different physicians. For example, the education might cover the financial incentives they face in their practices.

These findings could have important implications for patients.

“Patients should be concerned that many doctors may not know how the government is evaluating their practices, and when informed, believe it might change the way they care for patients,” Liao said.