Better treatments for atrial fibrillation and heart block could emerge from greater understanding of the heart's electrical activity. 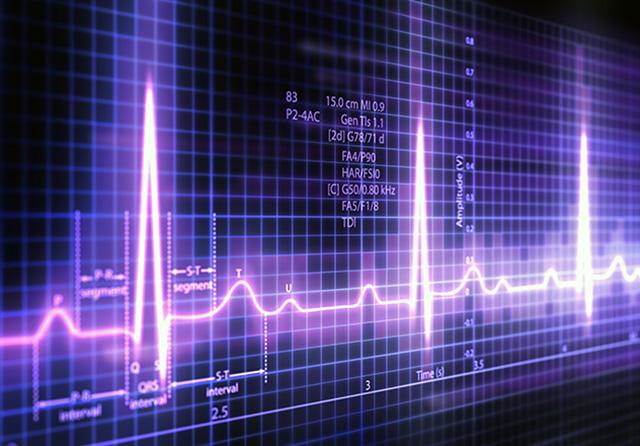 Getty Images
This image of an electrocardiogram shows the various intervals that occur in cardiac electrical activity during each heart beat.

New knowledge about biological processes related to the heart's electrical activity has been gained through a major genome science study. The research had the largest sample size ever of a project of this type.

The molecular mechanisms explored in this study offer insights into cardiac electrical diseases and could suggest avenues of drug research for preventing and treating heart rhythm or conduction problems.

The recent cardiac genomics project involved more than 125 researchers at several institutions across the globe. Results appear this week in Nature Communications.

University of Washington Cardiovascular Health Research Unit members Dr. Nona Sotoodehnia, the Laughlin Endowed Professor of Medicine, Division of Cardiology, and Dr. Sina A. Gharib, associate professor of medicine, Division of Pulmonary,Critical Care and Sleep Medicine, both at the University of Washington School of Medicine in Seattle, were among the five supervising scientists for the international study. Dr. Jessica van Setten of the University of Utrecht, The Netherlands, was the lead author of the study's published paper.

Researchers were particularly interested in the part of the electrocardiogram, or heart recording, called the PR interval.

Generally speaking, the PR interval, measured in milliseconds, traces electrical conduction from the heart's sinus node throughout the atria to its ventricles.

Earlier studies in twins and in families suggest that the inheritability of the PR interval is between 40 percent and 60 percent. This large study with multiple ethnicities enabled the researchers to identify genes and processes involved in atrial conduction. These findings extended what was known biologically and clinically from previous research.

In this study, millions of genetic markers were examined throughout the genome to identify genetic variants associated with atrial conduction.

The study investigators identified 44 chromosomal regions related to the PR interval. Of these loci, 34 had not been identified before.

"Genes in these 44 loci are overrepresented in cardiac disease processes, including heart block, sick sinus syndrome, and atrial fibrillation," the researchers wrote

Atrial fibrillation is an abnormal heart rhythm that can increase risk of heart failure and sudden death. It also increases the risk of clots forming in the heart and of moving into the brain to cause a stroke. Heart block is an interference with the electrical waves that power the motion of the heart. It, and other conduction defects, sometimes necessitate a pacemaker implantation.

The findings pointed to a number of different processes involved in atrial and atrioventricular conduction. Developmental pathways in the heart, particularly the formation of the chambers and the development of the system that allows conduction of the electrical signal throughout the heart, were implicated in the origin of these sorts of heart diseases.

The researchers also uncovered gene regulators that were found only in the heart's atrial tissues. This observation, they noted, underscores the reason for examining certain genomic data in the tissue types relevant to the disease or trait in question, not just in blood samples. Conversely, the researchers also spotted overlapping factors that influenced both cardiac and blood vessel formation.

Moreover, the researchers performed trans-ethnic analyses that showed that a majority of the genetic associations found in the study's European population were also present in the study's African-American population. They pointed out, nonetheless, that a few noteworthy interethnic differences were present.

The project was funded by a variety of sources, including grants from the National Institutes of Health and support from the Laughlin family.