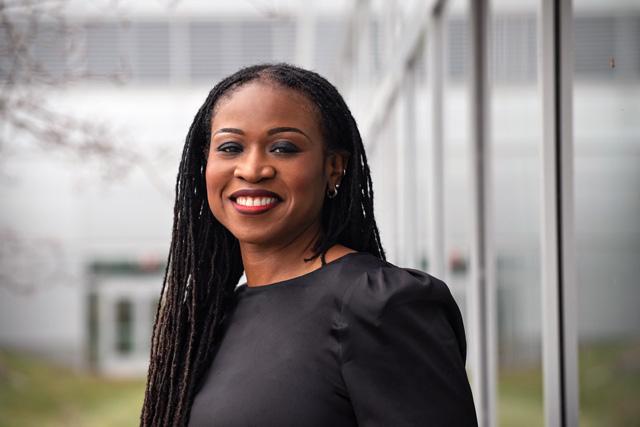 Representatives from a network of women deans, chairs and distinguished faculty in biomedical engineering are calling upon the National Institutes of Health and other funding agencies to address disparities in allocating support to Black researchers.  The group made the call to action in the Jan. 26, 2021, issue of the journal Cell.

In examining the racial inequities and injustices that prevent Black faculty from equitably contributing to science and achieving their full potential, insufficient federal funding for research by Black scientists rose to the top as a key issue.

According to studies of National Institutes of Health research funding allocations, Black applicant award rates have stood at about 55 percent of that of white principal investigators of similar academic achievement.  Despite internal reviews of the reasons behind this disparity, and promises to do better, the funding gap continues.

Efforts have been made to improve the educational pipeline to encourage Black students to prepare for and enter careers as researchers and college and university faculty. But once they have faculty positions, lack of research funding can derail their careers.

Many universities review faculty members’ ability to support their research as part of decisions on tenure and promotions. In this way, NIH and other agencies’ funding disparities can jeopardize the careers of Black scientists.  Without adequate research funding, these scientists can become discouraged and leave their professions.

This means that fewer Black scientists remain to serve as role models and mentors for the next generation.  It also means that many research questions vital to society are not being asked, because the perspectives, creativity, and knowledge of a diverse population of scientists are not being tapped. The public is also less likely to see the faces or hear the voices of Black scientific experts speaking on important issues.

The authors of the paper make several recommendations on how research funding disparities can be eliminated.  Among the steps funding agencies might take are:

“Scientific colleagues, let us each use our voices and actions to now overcome our profession’s racism and serve as antiracist agents of change,” the Cell article authors wrote.

The authors also suggested ways individual scientists and universities, colleges and institutes can act to bring about social justice.  These recommendations include recognizing how they might be unintentionally contributing to systemic racism in their academic roles.  Academia, they noted, must move forward from statements of solidarity to transformative organizational changes

In closing, the authors look also to the private sector, such as foundations, professional societies, philanthropists as well as to industrial leaders whose companies depend on scientific innovation, to help offset racial disparities in research funding. The biotech company Genentech is held up as an example of leadership in reducing racial disparities in science, with its creation of a research funding awards program for Black scientists.

Together, private and public sectors can enhance the creativity and innovation of science and advance the greater good of society by funding innovative ideas and robust talents of Black scientists.

The corresponding authors on the paper, “Fund Black Scientists,” are senior author Omolola Eniola-Adefeso, the University Diversity and Social Transformation Professor of Chemical Engineering at the University of Michigan, and lead author Kelly R. Stevens, assistant professor of bioengineering and of laboratory medicine and pathology at the University of Washington School of Medicine and the UW College of Engineering.  She is an investigator at the UW Medicine Institute for Stem Cell and Regenerative Medicine.