In your gut, bacteria battle with ninja-like tactics

In your gut, bacteria battle with ninja-like tactics 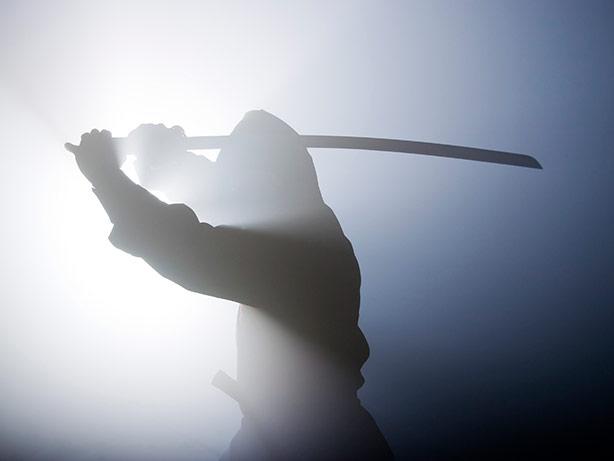 ThinkStock
Bacteria from the group Bacteroides use toxins to kill their targets, which in turn use immune factors to try to survive the attack.

Certain species of the gut microbiome seem to borrow a page from mercenaries in feudal Japan in their quest for supremacy. A study in Cell Host & Microbe shows that strains from the group Bacteroides try to kill each other and gain dominance in the gut by injecting competitor strains with toxins.

The injection system of the B. fragilis species gives it the power to act as a master gardener or head bouncer for the gut microbiome system, according to a "This Week in Microbiology" podcast that discusses this paper.

Bacteria from the group Bacteroides use different toxins to try tp kill their targets, which in turn use specific immune factors to try to survive the attack.

“By identifying the genes encoding these toxins in the gut microbiome of adults and infants and counting the number of different toxins found in each individual, we found that each person harbors only very few different toxins,” said Adrian Verster, a postdoctoral fellow in the Borenstein Lab. “This low diversity of toxins told us that strains compete for dominance and only those that possess the appropriate toxin and immunity factors survive," said Verster, who performed this analysis.

“We are trying to get a sense of what roles these toxins have in forming this community,” said Brook Peterson, a research scientist in the lab of co-author Joseph Mougous. This was not a case of a "good" bacterium going after a "bad" bacterium, he said, but an interaction between bacteria seeking dominance.

These interactions do have health implications, Mougous said.

“Depending on the bacterium, some residents in our gut are beneficial, while others can be harmful,” he added. “Understanding how bacteria compete with others can help us keep an overall healthy balance of these organisms.”

Contact Barbara Clemens to interview the researchers involved in this study.