The Accountable Care Act has helped patients in a variety of difficult circumstances obtain coverage for medical treatment. 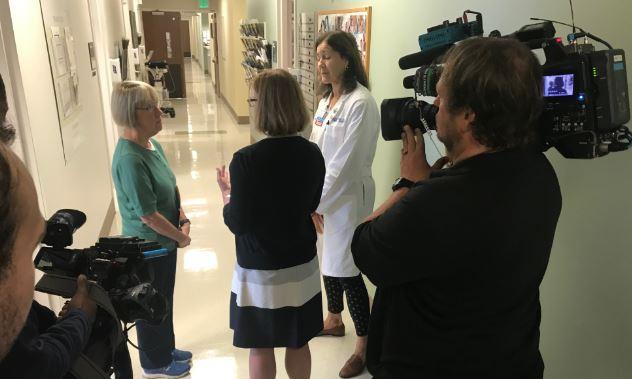 Murray met with UW Medicine officials and patients who have dealt personally with healthcare costs for cancer, mental health and preexisting conditions. One of the mothers attending the round table, said her son Colton, now 19, was diagnosed with leukemia at 9 years old. The Affordable Care Act helped ensure that insurance covered his treatments – one drug alone costs $50,000 a dose - and that he can stay on his parent’s insurance until age 26.

Dr. Barbara Goff, chair of obstetrics and gynecology at the University of Washington School of Medicine, noted that the ACA protected aspects of women’s health – such as maternal care - that might have not been covered before the law was passed in 2010. Other officials addressed how repealing the ACA would affect UW Medicine's mission to serve struggling families.

“By some estimates, Harborview could lose up to $80 million a year, on top of the $460 million per year that UW Medicine already provides in uncompensated care,” said Dr. Timothy Dellit, chief medical officer for UW Medicine.

Dr. Jürgen Unützer, professor and chair of psychiatry and behavioral sciences at the University of Washington School of Medicine, said everyone has been touched by someone who is struggling with mental or substance abuse issues, but before the ACA, many insurance plans did not offer coverage for mental health issues. Often patients needing mental health care would end up at Harborview, “where we can provide crisis care, but that’s it.”

The roundtable was preceded by a tour of the Women’s Clinic at Harborview led by Dr. Susan Reed, vice chair of obstetrics and gynecology and by Goff.