She introduced a bill to fund heart research of South Asians, whose risk for heart disease is much higher than the general population's. 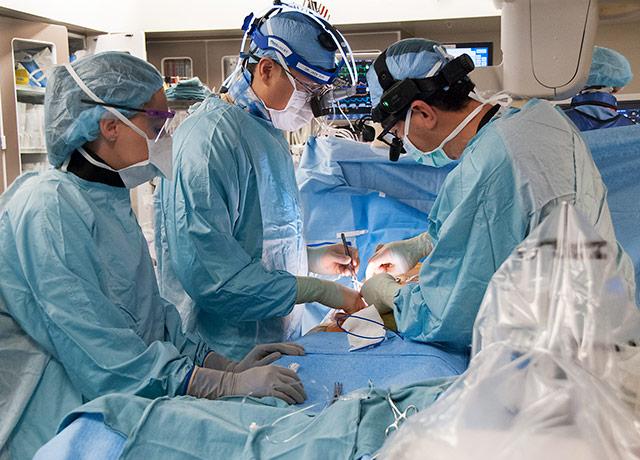 U.S. Rep. Pramila Jayapal (D-Seattle) will meet Thursday, March 29, with heart specialists at UW Medical Center in Seattle. She has introduced a bill in this session of Congress to increase research of heart health among South Asians, the fastest-growing ethnic group in the United States and one whose risk of developing heart disease is four times the rate of the general population.

“Though South Asians may appear to be relatively skinny, they have a higher degree of visceral fat than other populations,” Krishnan said. “South Asians’ diet is typically vegetarian but high in carbs, and their genetics are such that they don’t seem to metabolize carbohydrates as well as the rest of the world. This leads to higher incidence of diabetes, which is inherently linked with cardiovascular disease.”

Jayapal will tour the cardiac catheterization lab and “discuss matters important to our cardiology practices, including obstacles to getting prior authorizations from insurers for patients’ care,” Krishnan said.

“Disproportionate levels of heart disease in the South Asian community are a red flag with a preventable cause,” Rep. Jayapal said in introducing H.R. 3592. “By dedicating funding to research and ways to get the word out on the importance of heart health, we will not only save more lives in the South Asian community, we will also open a door to a new and better understanding of heart health that will benefit all Americans.”

Currently South Asian patients make up a minority of the randomized subjects included in clinical trials funded by the National Institutes of Health. That makes it challenging to try to draw conclusions about that population, Krishnan said, so research more specifically focused on South Asians would be helpful.

UW Medicine’s heart center is frequently the only one in the Pacific Northwest involved in national clinical trials of novel treatments. Last year Dr. Danny Dvir and colleagues were first in the world to perform a new catheterization technique to replace a faulty aortic valve.

Airlift Northwest opens new Pasco, Wash., base
Phthalates linked to changes in gene activity in placenta
Unraveling the mystery of why we overeat
NIH awards $10 million to study concussions in schoolkids
Men should check their genes for prostate cancer risk
END_OF_DOCUMENT_TOKEN_TO_BE_REPLACED