The upsides and downsides of vaping

The upsides and downsides of vaping

A substance-abuse expert discusses why vaping is safer than smoking but still dangerous for teens. 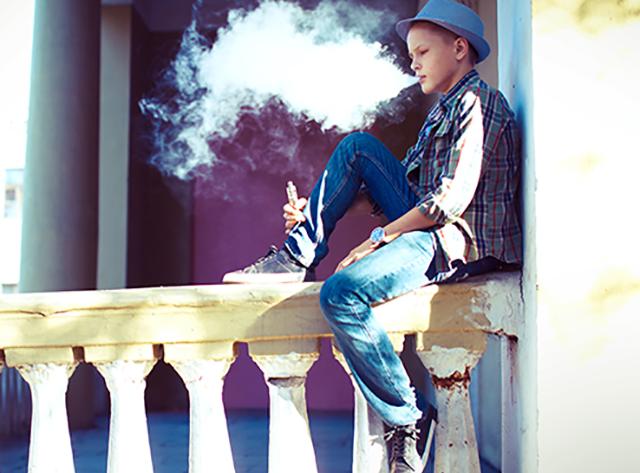 Getty Images
Vaping is an easy way to get teens hooked on nicotine but a good way to get adult smokers off cigarettes, says substance abuse expert.

The Federal Drug Administration recently proclaimed an epidemic of vaping among young people and gave the five largest e-cigarette manufacturers 60 days to produce plans to stop underage use of their products. They warn of the effects of nicotine in developing brains.

As many health officials know, however, nicotine isn’t what kills you. It’s the combustion effect of smoking. Tobacco smoke contains more than 7,000 chemical components, at least 250 of which are harmful to human health, according to the Centers for Disease Control.

When you light a cigarette, you release cancer-causing chemicals, the most potent being tobacco-specific nitrosamines (TSNAs) and polycyclic aromatic hydrocarbons (PAHs).  As you inhale, your lungs are filling your red blood cells with these chemicals. That is why smokers also get cancer in parts of their body besides their lungs.

“Smoking is the most efficient way of delivering a host of toxins throughout your body,” said Susan Collins, associate professor of psychiatry and behavioral sciences at the University of Washington School of Medicine and co-director of the Harm Reduction Research and Treatment Center. “These toxins cause cancer and other cardiovascular diseases.”

She said vaping does not produce tobacco smoke, so it is substantially safer than smoking — up to 95 percent according to some researchers’ estimates. What vaping does do is efficiently deliver nicotine, a highly addictive stimulant. Collins says nicotine is complex, “like hopped-up caffeine” that also has calming effects. But it won’t kill you, she said.

Collins specializes in helping people maker safer choices about their substance use.

For young people, she said, nicotine could interfere with developing brains and lead to a nicotine addiction and cigarette-smoking.

“We do not want to mess with the neuropathways of kids’ brains or set them up with a lifelong addiction,” she said. “We want to keep kids away from drugs as long as possible.”

For adults who are already smokers, vaping is a promising method of getting them off smoking cigarettes and making safer choices for their health.

So what would Collins tell teens who want to vape?

“If they do decide to try nicotine, they need to know the risks and how to make safer choices informed by scientific facts as we currently know them versus hearsay from their peers or inaccurate, fear-based messaging,” she said.

For example, smokeless tobacco is safer than smoking, vaping is safer than chew, and nicotine replacement therapy is safer than both of those. But, as with any drug use, nothing is 100 percent safe, she said. She cautions that e-cigarettes are still largely unregulated and scientists still don’t know the long-term effects of vaping. She advises when choosing a vaping product, look for a reputable manufacturer and a package that doesn’t contain diacetyls, a chemical with a buttery flavor.

Plain language with spine scans cuts opioid prescriptions
When smoke gets in your eye, here's what to do
That earache? Might be because of smoke.
8 tips to help parents and kids cope during pandemic
Protein designer David Baker wins Breakthrough Award
END_OF_DOCUMENT_TOKEN_TO_BE_REPLACED