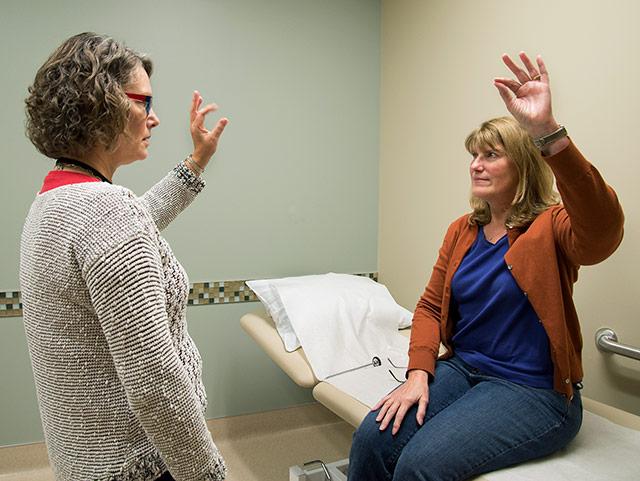 UW Medicine will recruit 150 patients with multiple sclerosis for a clinical trial that explores three interventions to combat fatigue, one of the disease’s most disabling symptoms.

The researchers hope to build evidence to help patients and caregivers choose from the therapies available. The study will compare the effectiveness of:

All study participants will wear accelerometers for three one-week spans to measure physical activity, and will self-report their fatigue severity and susceptibility multiple times a day during those spans. Data will be collected before and after the intervention, and again later to see any change is maintained.

The cognitive behavioral therapy, originally developed at University of Washington, involves “teaching self-management skills to reduce fatigue and its impact on patients’ lives,” said Dawn Ehde, a psychologist in rehabilitation medicine. Eight sessions of 45 to 60 minutes each will be administered by telephone so patients can participate in the comfort of their homes, she added.

Ehde will conduct the Seattle arm of the trial with Kevin Alschuler, a psychologist in rehabilitation medicine, and Dr. Gloria von Geldern, a neurologist. Study participants must be receiving (or eligible for) care at UW Medicine’s Multiple Sclerosis Center, based at Northwest Hospital. Interested individuals should call 206.598.0501.

Michigan Medicine (University of Michigan) investigators are leading the trial, which will be funded with a $3.5 million, four-year grant announced this week by the Patient-Centered Outcomes Research Institute. PCORI is an independent nonprofit authorized by Congress in 2010.

Email us if you'd like to speak with one of the researchers involved in this project.