Dermatologists find poor representation of Black populations and other people of color in books that would educate kids about sun protection. 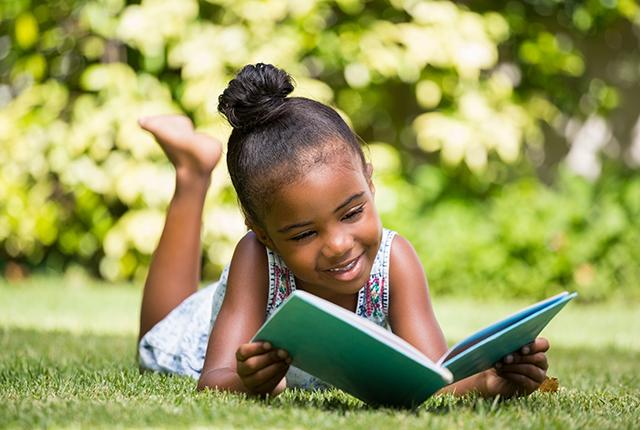 Forty years ago, Bob Marley died of cancer at age 36. The cause was a melanoma that had developed under a toenail and spread to his lungs and brain.

UW Medicine dermatologist Anna Tappel often mentions Marley to Black patients and others who might think that dark-pigmented skin is protection enough against the sun’s UV rays.

The topic arises from a study of children’s storybooks by Tappel and colleagues. They evaluated how well the narratives aligned with 19 sun-protection considerations identified by the American Academy of Dermatology. (The paper was published last November, but holds more relevance now as the sun beckons people to expose skin.)

Of the 17 books that met study inclusion criteria, most mentioned “the three factors that we tend to talk about in clinic,” Tappel said, citing sun-protective clothing, sunscreen and sunburn. “I think there's a good foundation, and I’d consider using some of the books in my practice.”

Disappointment emerged, though, in recognizing the books’ poor representation of nonwhite characters. Of 13 books that included color illustrations of people, only three depicted people of dark skin tones within the book and only one did so on the cover.

“Unfortunately it wasn’t surprising to me, but it emphasizes the existing gap of resources available to different patient populations. And in the books we reviewed that do have characters with darker skin, those characters are largely in the background, not a focus,” Tappel said.

“If you aren't addressing these issues on an appropriate cultural level, that's a huge problem,” she added.

It is problematic on several levels, not the least of which is that skin cancers are real risks for people with dark skin. A 2006 study found that “when skin cancer occurs in people of color, patients often present with an advanced stage, and thus, worse prognosis in comparison to Caucasian patients,” wrote Dr. Porcia Bradford. She is a Black practitioner in dermatology, a medical field overwhelmingly populated by Caucasians – a separate but not entirely unrelated issue, Tappel noted.

In 2021, dermatologists still routinely address misconceptions about cancer risk among people of color, Tappel said. While it is accurate to say that light-skinned people are generally more at risk for skin cancer, it is untrue that people with dark skin lack risk. For example, melanomas in Black, Asian and native Hawaiian populations often arise on body regions that people don’t associate with sun danger, such as palms, soles of the feet, and under fingernails.

Previous research has shown that books helpfully influence children’s understanding of, and behavior toward, health conditions such as anxiety, nutrition, bedtime behavior and weight-management, the authors wrote. As well, Tappel recalled that her dad, a pediatrician, valued educational books in his practice.

It stands to reason, then, that books aimed squarely at people with darker skin tones would bolster understanding of skin safety among populations that are growing in the United States.

“At bare minimum, I would want to have one good sun-protection book set in a Black family, and one in a Hispanic family, and one in an Asian family. We’d hope that each book could directly address the common misconceptions and real risks for skin cancer among people who have darker skin,” Tappel said.

Perhaps society’s embrace of videos – even kids in strollers are glued to smartphones – makes the content of children’s books somehow less vital. But Tappel sees an opportunity for authors in search of an underserved audience and a topic that has been covered inadequately.

“I started out looking at this issue as a way to educate kids, but came away from it realizing that a parent reading a storybook to a child two or three times is a much better way to reinforce this information than a clinic visit – maybe for both parents and children.”