By a show of hands, it's the big airport germ zone

By a show of hands, it's the big airport germ zone

Handwashing is the best way to avoid bacteria and viruses at the airport or on a plane. 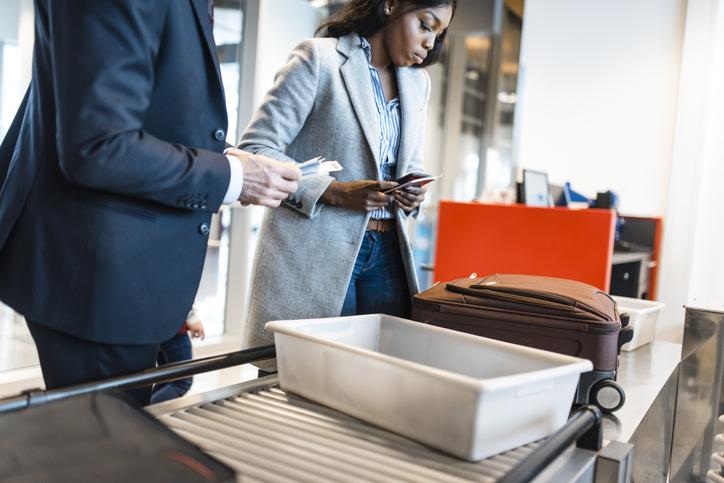 An estimated 31 million passengers are expected to funnel through the nation’s airports during the week of Thanksgiving.

A bit of advice asyou head to the airport -to sit in a termimal or plane : Use hand sanitizer. Or do it the old-fashioned way and wash those hands. A lot.

"I think whether you're stuck on the plane, or in a terminal, hand hygiene is king," said Dr. Paul Pottinger, director of the Infectious Diseases and Tropical Medicine Clinic at UW Medicine.

And you might want to start slathering on the sanitizer while you walk in the terminal, but before you reach the TSA line.

A study by Finnish and British researchers, published in the BioMed Infectious Diseases Journal last year, reported that the airport surfaces with the highest virus or bacterial concentrations were found in the bins in which you put your shoes, clothes and other accoutrements before security screening. Swabs taken off the bins at the Helsinki airport during the 2015-2016 flu season showed that four of eight bin swab samples contained  rhinovirus or adenovirus, which cause the common cold.

Where did the  researchers find the least disease-causing viruses and microbes? Airport toilet seats.

Most germs can live on surfaces for up to a few hours or even a few days, he said. The germs usually are transferred person to person when they touch a surface, and then touch their face, eyes or mouths.

This year, some airports are considering using bins with an antibacterial surface to combat germ transmission, but until such bins are widespread, here are a few common sense tips:

Pottinger advises using antibacterial wipes on your airline seat's armrest and fold-down tray. Other ways to avoid an unwanted travel bug are to wash your hands regularly and get an annual flu shot, he added. Finally, as winter storms appear poised to slam southern Oregon and California, as well as the the Midwest, prepare for your plane to be late and be ready to apply the same sanitizing protocol for the seats and surfaces you might wish to sit or sleep on during a flight delay.

If you're stuck in a plane on the tarmac due to a delay, having a face mask handy might be worth the investment, said Deborah Fuller, a microbiologist with the University of Washington School of Medicine. Fuller also suggests drinking more water, because it's easier to catch a bug if you becpme dehydrated in that dry,  pressurized cabin air. Pottinger added that travelers might want to bring their own snacks onboard the plane.

“Everything you touch has been touched by somebody before,"  Pottinger added. "That’s OK. Most of the germs there are harmless, and some might even be helpful. But once in awhile they can make you sick. So don’t panic, don’t worry, just clean your hands."

View related video soundbites with Pottinger below, or download them.