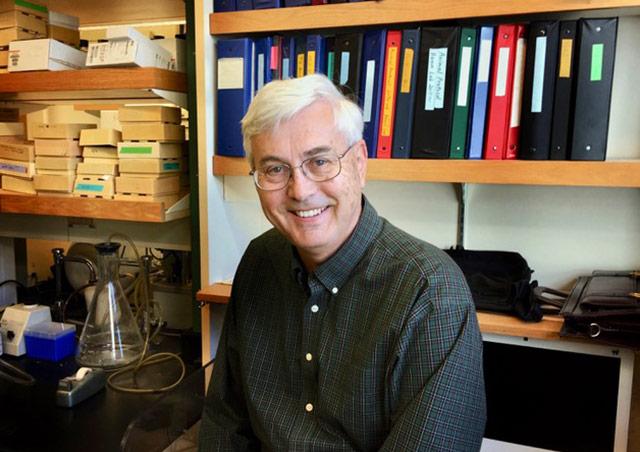 Michael McCarthy
Beavo's pharmacology research has given rise to drugs such as Viagra and Cialis.

Joseph A. Beavo, professor emeritus of pharmacology at the University of Washington School of Medicine, has been awarded the Julius Axelrod Award by the American Society for Pharmacology & Experimental Therapeutics.

Beavo received the award April 21 for his “significant contribution to our understanding of the biochemical mechanisms underlying drug actions and for his work mentoring other pharmacologists.”

Beavo’s research has focused on a family of enzymes called cyclic nucleotide phosphodiesterases (PDEs), which play a key role in regulating cellular function.  His research laid the groundwork for a class of drugs called PDE inhibitors, the most famous of which are the erectile dysfunction drugs sildenafil (Viagra) and its cousin tadalafil (Cialis). PDE inhibitors also have proved effective for conditions such as heart failure, prostate enlargement, and the life-threatening lung condition called pulmonary hypertension.

In many ways, Catterall said, Beavo’s work follows from that of the award's eponym, Julius Axelrod (1912 – 2004), who pioneered the study of adrenalin and noradrenaline and who shared a Nobel Prize in 1970.  These molecules, also known as epinephrine and norepinephrine, act as neurotransmitters and hormones. They exert their effects not by entering cells but by binding to receptors that extend from a cell's surface to its interieor.

When bound by the proper neurotransmitter or hormone, a portion of the receptor inside the cell changes shape. This, in turn, leads to the generation of molecules inside the cell called “second messengers,” which essentially relay the signals to cells’ internal machinery to direct cell function.

In his work, Beavo has focused on understanding how PDEs regulate the effects of two key second messengers, cAMP and cGMP.  PDEs do this by deactivating cAMP and cGMP, and terminating their signal.

He and colleagues used a combination of biochemical methods and DNA cloning techniques to understand the molecular relationships among the eleven families of PDE enzymes and define the differences in their form and function. The work established the key role PDEs play many physiological processes, including smell, vision, the secretion of insulin, immune cell activation, and the development of sperm in the testis.