The Lancet says greater investment is needed by governments and donor nations to meet health challenges of our times. 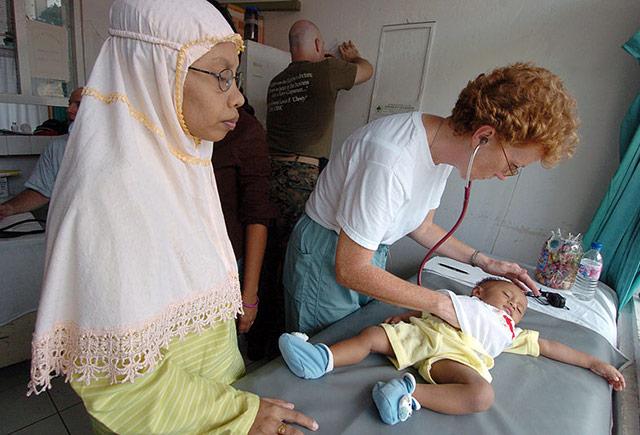 The battles against child mortality and HIV/AIDS have seen some gains in the last five years, but the fight to combat less fashionable health issues, such as tuberculosis and non-communicable diseases, is still struggling. And the world is in no way ready for emerging threats such as pandemic influenza.

Those are some key points in a report issued this week by The Lancet, in which UW Medicine general internist David Watkins was first author. The Lancet dedicated this entire issue to public health and the worldwide primary health care crisis before some 1,000 world health leaders convene next week in Kazakhstan for the Global Conference on Primary Health Care.

The conference honors the 1978 declaration in which signatory nations called for urgent action by all governments, all health and development workers, and the world community to protect the health of all people.

In 2013, The Lancet Commission on Investing in Health published a report, Global Health 2035, which proposed that a “grand convergence” in infectious disease, child, and maternal mortality worldwide was possible by 2035 and that countries could make great strides in dealing with emerging priorities such as noncommunicable diseases and universal health care.

The new report reassesses the claims of that report in light of new and different health problems, geopolitical and economic shifts, and other factors. In many ways, the prospects for global health are less favorable than they were five years ago, the authors write.

There has been progress on some important issues such as HIV/AIDS and neglected tropical diseases, but the global community has blind spots in many areas. If current trends persist, communities could see a resurgence of tuberculosis and antibiotic-resistant infections, authors said. Between wealthier and poorer countries, inequalities in outcomes from heart disease, cancer, and other noncommunicable diseases are actually increasing.

And some of the big traditional players in global health, such as the United States and United Kingdom, are withdrawing from global leadership, Watkins noted, with China stepping into the void.

“The flagging role of the U.S. has had huge implications for health in other countries that rely on our financial and technical support,” he said.  "They are very worried about this."

Some topics, like the near-eventuality of another influenza pandemic, still keep him up at night, he admitted.

“We’re seriously underestimating the sheer number of deaths worldwide that would occur from pandemic flu,” he said.

However, the report highlights bright spots and proposes solutions. Countries such as Ethiopia and China have demonstrated that dramatic improvements in population health can be realized at a modest cost – mostly by investing in packages of highly effective health interventions delivered in primary healthcare settings.

Watkins, along with Dean Jamison, a professor emeritus in the University of Washington’s Department of Global Health, and 21 other health researchers, have spent the past 10 months working on this report.  The special issue of The Lancet, including this report, will be published Oct. 26 in Astana, Kazakhstan, at the Global Conference on Primary Health Care.