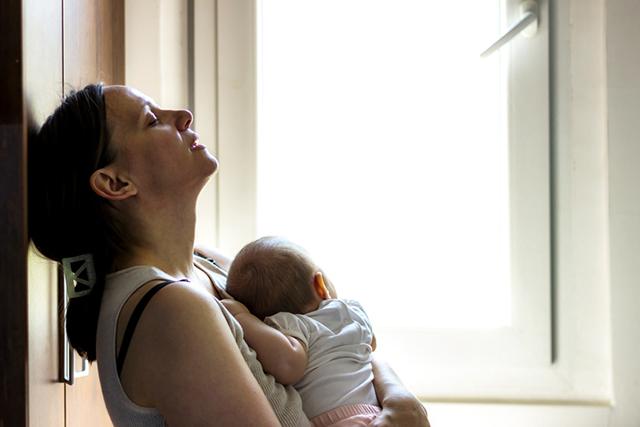 Getty Images
There is a rising awareness to monitor the mental health of the mother in the year postpartum.

In the 1900s, the medical profession thought it was not possible to be depressed in pregnancy. The phrase “glow of pregnancy” was a clinical term to describe the biological protection against mental disorders.

Most women with depression postpartum, however, already had it in pregnancy and even pre-pregnancy, according to Ian Bennett, professor of family medicine and psychiatry and behavioral sciences at the University of Washington School of Medicine. And the risk of death by suicide, most often seen in women with depression, gets worse six months after pregnancy, he said.

Bennett, and his colleague Amritha Bhat, perinatal psychiatrist and assistant professor of psychiatry and behavioral sciences, are part of the Maternal Mortality Review Panel convened by the Washington State Department of Health.

The panel found that half of the pregnancy-related deaths in Washington state linked to behavioral health concerns occurred after six months postpartum. This finding helped lead the Washington State Legislature in March 2020 to extend Medicaid benefits for moms from the standard six weeks to a year after pregnancy (SB 6128). The panel found that women without benefits were the highest risk for maternal mortality.

“In the last few years, there has been a rising awareness of the impacts of behavioral health on maternal mortality, including death by suicide,” said Bennett.

The Pregnancy Mortality Surveillance System at the Centers for Disease Control and Prevention reports that rates of maternal mortality have been on the rise since the 1980s. Nationally, approximately 700 women die each year from complications related to pregnancy and childbirth. CDC estimates that 60% of these deaths are preventable.

Washington state ranks about 17th in the United States with a pregnancy-related mortality ratio of 11 deaths per 100,000 live births.

With rising awareness of the importance of a mother’s mental health, there is a concept called the fourth trimester where health care professionals spend more time engaged with the health of the mother in the year postpartum, instead of a single postpartum visit at around six weeks. Babies born to distressed mothers are at five times greater risk for mental health issues, according to UW Medicine experts.

Starting in June, the Washington Department of Health is funding an effort led by Bennett called Maternal Mental Health Access (MAMHA). The effort will enhance perinatal behavioral health care capacity among health centers statewide that provide perinatal and maternal-child health care. It will focus on the care of behavioral health concerns including perinatal depression and suicide risk.

As part of this effort, the UW Department of Psychiatry and Behavioral Sciences Division of Population Health is receiving funding to create an online learning collaborative to train and support members of primary care clinics, including doctors, nurses, and all staff to address perinatal suicide risk.

Aspects of this suicide risk-reduction care include screening for suicide risk (including identifying risk factors and the use of screening tools). The patient’s providers would then evaluate the severity of any identified risk, prepare a risk-mitigation plan, and initiate a team-based care approach within the clinical care setting or in conjunction with community resources to address this risk. Participants will have access to webinars and online learning tools, and will be able to share experiences with other clinics.

The platform being used to run this learning collaborative is the Washington Collaboration Portal. The portal was created by a UW Department of Family Medicine team led by Bennett. The portal is specifically meant to support large-scale collaborative work and implementation of integrated behavioral health programs among clinical sites.

Meanwhile, any healthcare provider in the state caring for a pregnant or new mom can receive consultation, recommendations and referrals to community resources from a UW psychiatrist through PAL for Moms. Also, providers across the state who are caring for new or pregnant moms can present a case of to a panel of experts through a program called the Moms’ Access Project  ECHO. Experts include UW Medicine perinatal psychiatrists, obstetrician gynecologists, maternal fetal medicine experts, advanced registered nurse practitioners, therapists, and social workers.