Nearly hour-long KNKX podcast on Harborview is a tribute to great storytelling. 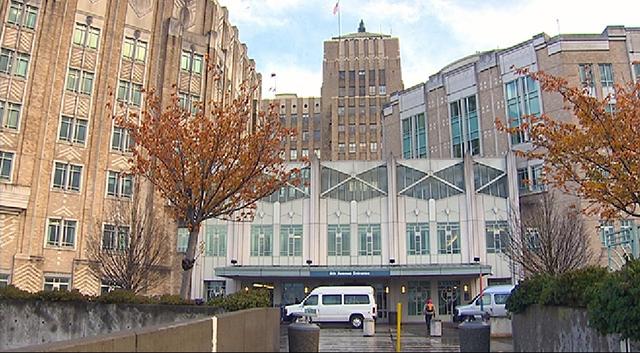 UW Medicine
KNKX brings life to the stories behind the hospital on the hill.

Anyone walking through the doors of Harborview Medical Center will come across a story. Bear attacks, skateboard accidents, car crashes, bike collisions, shootings and burns are among the circumstances that bring patients to  the 410-bed Level I pediatric and adult trauma center, which serves  four states and and a geographical area of nearly 100,000 square miles.

Harborview is a medical oasis in downtown Seattle. The hospital  cares for all members of society. The staff is driven by the guiding principles, “work hard, be polite, and treat patients graciously, regardless of their ability to pay, even if he (or she) is not the president of the United States.” The hospital, which got its start in 1877 to board, nurse and care for the county’s poor, is the safety net hospital for King County and the rest of the region. It is owned by King County and run by UW Medicine.

When KNKX radio wanted to cover some of the stories that unfold at Harborview, the question was where to start. Reporters Gabriel Spitzer, Jennifer Wing and Kevin Kniestedt did what all reporters do. They called Susan Gregg, the media relations director for UW Medicine. Gregg, who has worked in TV news, has been the spokeswoman for Harborview Medical Center since 2000 . Every local reporter has her number on speed dial.

After a tour and research on their own, the reporters came away with a number of stories. Their hour-long podcast – Episode 149 – ran on KNKX’s show Sound Effect.

So what stories did they pick?

Story 1: The reporters delved into the passion of people who have worked at Harborview for decades known as “lifers.” They interviewed Dr. Eileen Bulger, Harborview’s chief of trauma, who trained under a legendary lifer – Dr. Michael Copass. Copass came up with the idea for Airlift NW when trying to save the lives of three children in a house fire in Alaska and changed how trauma care is delivered in the Northwest. Copass, now retired, talked about the “electric, truly magnetic” atmosphere at Harborview. Today, Bulger is a lifer, carrying on the tradition of life-saving trauma care.

Story 2: They reported on the International Medical Clinic, which sees patients who have been through warfare, torture and often the total loss of their home and community. But, in this clinic, they find compassion and medical care. They also “find joy in the cracks,” as longtime clinical director Dr. Carey Jackson describes.

Story 3: They attended the Harborview’s laughter club, directed by Tita Begashaw, a force of nature – as one participant describes her. For nearly two decades, doctors, patients, staff and members of the community have come together to take part in the healing nature of laughter.

Story 5: They interviewed  Dr. Judd Walson,  who worked as a street magician after dropping out of college. But he found his calling in global health when he helped a pregnant woman gored by a yak in Tibet. He now focuses his career on reducing mortality of young people in Asia and Africa by reducing intestinal worms.